Do you know the difference between Scientology and Christian Science? Buddhism and Baha’ism? Rastafarianism and Ralph Laurenism? (Okay, I made that one up). Here’s a chance to test your knowledge. The correct answers are at the end of the quiz.

1. Which of the following is not a Hindu scripture:

END_OF_DOCUMENT_TOKEN_TO_BE_REPLACED 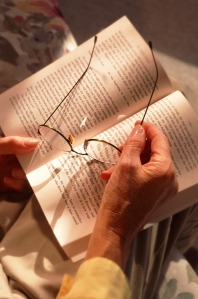 The Bible instructs Christians to “always be ready to give a defense to anyone who asks you for a reason for the hope that is in you” (1 Peter 3:15). But with so many competing belief systems out there – from Wahhabism to Rastafarianism – it’s good to know where to go for help.

There are many outstanding books and web resources that may help you earnestly contend for the faith. Here are a few of my favorites.

On Mormonism. Mormonism 101 and Answering Mormons’ Questions, both by Bill McKeever and Eric Johnson, are excellent books that address key issues pertaining to the LDS Church in easy to understand language. McKeever’s website, www.mrm.org (Mormonism Research Ministry), is filled with helpful tools.

END_OF_DOCUMENT_TOKEN_TO_BE_REPLACED

Previously: A third of the earth was burned up (Rev. 8:7)

Rev. 8:8 – The second angel blew his trumpet, and something like a great mountain ablaze with fire was hurled into the sea. So a third of the sea became blood, 9a third of the living creatures in the sea died, and a third of the ships were destroyed (HCSB).

This is the second of four trumpet judgments that affect natural objects, in this case the sea and the creatures who swim in it or sail upon it. The final three trumpet judgments, as we learned in the last lesson, affect men’s lives with pain, death and hell.

In this second trumpet judgment, John sees something that appears to him as a great blazing mountain plummeting into the sea, resulting in a third of the sea becoming blood, a third of the living creatures in the sea dying, and a third of the ships navigating its waters being destroyed.

Is John’s vision to be taken literally? What is this great blazing mountain? Is the sea a reference to all salty bodies of water around the world, or perhaps simply a reference to the Mediterranean Sea – or something else entirely? What are we to make of the fractional reference to “a third,” which we encountered in the first trumpet judgment? Let’s look more closely.

The second angel blew his trumpet

As a reminder, the “trumpet” each angel blows in this series of judgments is the shofar, or ram’s horn, and has special significance for Israel (see The first trumpet for more details). In this case, the sound of the shofar announces the commencement of judgment. This is an important detail that should not be overlooked.

While the Day of the Lord will come “like a thief in the night” (1 Thess. 5:2) and Jesus warns His followers to be ready at all times for the unknown day of His return (Matt. 25:13), the judgments God sends upon the world’s wicked are announced in advance. We are not told how much time elapses between the sounding of the shofar and the arrival of these torments, any more than we can say with certainty how much time we have to run for cover after a tornado siren blasts a warning. But it appears that God communicates to mankind through the angels that His mercy is drawing to a close and His hammer is about to fall. Perhaps in these final moments some will repent, although John’s record seems to indicate that the wicked prefer blasphemy to humility in the face of judgment (Rev. (9:21, 16:9b, 21b).

Whatever the proper interpretation, it’s clear that this judgment impacts many people. Satan is thought by some commentators to have taken one-third of the angelic host with him in his rebellion. Heresies that undermine any of the persons of the Triune Godhead impact the church and its ability to carry the gospel to the world. Wars involving world powers like Rome generate tremendous violence and upheaval. Worldviews that deny the reality of a Creator and Judge, like communism, result in spiritual, political and economic imprisonment. And modern technology has made it possible for a single nation to wreak havoc on much of the world.

Perhaps, as we’ve addressed in previous lessons, these verses are fulfilled in John’s day, and later in church history, and finally in the last days. Jerusalem falls in 70 A.D. and with it, formal Judaism comes to a close. The Roman Empire falls a few centuries later. Heresies do great damage to the church. Warfare causes great loss of life and damage to property and the environment. And in the last days, according to futurists, the Antichrist will lead nearly the whole world astray. In every case there is a common denominator: sin. Mankind’s rebellion against God manifests itself in political leaders who deify themselves; in church leaders who trump scripture with manmade traditions or, worse, heresies; in philosophers who rail against the idea of God and His absolute truths; and in ordinary people who prefer the praise of men to the praise of God.

Maybe we would do well not to agonize over what each symbol in Revelation means, but to look within ourselves at our fallen state and to grasp the only hope we have: Jesus. Ultimately, it will take the destruction of the entire world to purge it of sin and its consequences and to make way for new heavens and a new earth (see 2 Peter 3: 10-13).

You’re invited to download this resource and make copies for personal or group study. But please do not charge for copies or alter the contents.

We encourage you to post comments here as well to let us know how useful the materials are, and how we may improve them.

Read a short introduction to the study.

Chris Turner, a dear friend and great writer, captures more than 2,000 years of historical and religious significance in this insightful post on Jerusalem. I now understand better than ever why Jesus wept over this city.