If we don’t tithe, are we robbing God?

These are important questions, and every sincere Christian wants to get the answers right.

The Bible is our authority – and the last word on this issue. While it isn’t possible in this article to conduct an exhaustive study, we may highlight what the Old and New Testaments have to say.
END_OF_DOCUMENT_TOKEN_TO_BE_REPLACED 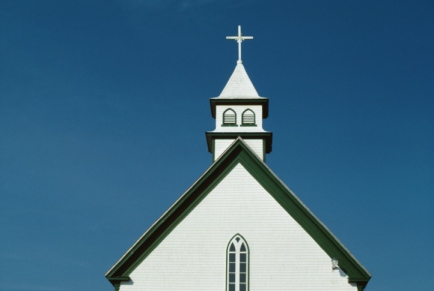 2019 was a busy year for Christian apologetics in Missouri Baptist churches. Not only did the Missouri Baptist Apologetics Network complete its fifth year of service with 16 certified pastors and lay leaders, but I was privileged to speak 65 times in 26 different locations throughout the year – including apologetics events in Florida and California.

Just to be clear, Christian apologetics simply is offering a reasonable defense of the Christian faith. The English word “apologetics” comes from the Greek noun “apologia,” which means “a defense.”

The apostle Paul applies the term to his ministry of defending the gospel (Phil. 1:7, 16), and the apostle Peter broadens its application to all Christians, urging us to be ready at  all times to offer a reason for the hope in us – and to do so with gentleness and respect (1 Pet. 3:15-16).
END_OF_DOCUMENT_TOKEN_TO_BE_REPLACED

Three-year-old Colton Burpo had a near-death experience (NDE) while on the operating table. When it was over, he described his “three minutes in heaven” in vivid detail, including encounters with Samson, John the Baptist, and Jesus, who had sea-blue eyes and owned a rainbow-colored horse.

Colton’s father, a Wesleyan pastor, believes the lad’s experience was real because he shared it with “the simple conviction of an eyewitness.”

You may read Colton’s story in Heaven is for Real: A Little Boy’s Astounding Story of His Trip to Heaven and Back, which ruled the best-seller list for 44 weeks. Millions of people have devoured the book, watched the youngster’s appearances on TV shows, and viewed the major motion picture based on his story.

Less popular but equally intriguing are books about NDEs in which people “die” for brief periods and experience the horrors of hell. To Hell and Back by cardiologist Maurice Rollins, for example, tells us that hellish NDEs have to be recorded and verified immediately after the person “returns” or the horrifying memories are repressed.

In any case, stories like Colton’s appeal to our desire to know more about the afterlife.
END_OF_DOCUMENT_TOKEN_TO_BE_REPLACED

Many Christians struggling with addictive behaviors, bad relationships, or dire circumstances wonder if they are victims of generational curses. In other words, they worry that God is punishing them for the sins of their ancestors.

Prosperity preachers like Joel Osteen lend credence to this notion. “The things you struggle with – they didn’t just happen to show up,” he says in a video message. “Somebody in your family line opened the door…. It will continue until somebody rises up and puts a stop to it. Somebody has to deactivate that gene.”

Osteen blends a portion of Deut. 30:19 with commentary, “‘I set before you life and death, blessing and curses. Choose life so that you and your descendants will live.’ Notice your decisions don’t just affect you, they affect future generations.”

Proponents of generational curses cite additional Bible passages such as:

Ex. 20:5 – “I, the Lord your God, am a jealous God, punishing the children for the fathers’ sin, to the third and fourth generations …”

Ex. 34:7 – “But He will not leave the guilty unpunished, bringing the consequences of the fathers’ wrongdoing on the children and grandchildren to the third and fourth generation.”

So, does the Bible really teach generational curses?

The answer is no.
END_OF_DOCUMENT_TOKEN_TO_BE_REPLACED

When we talk about the “Incarnation,” we mean the eternal Son of God took on human flesh in the person of Jesus of Nazareth. As such, Jesus is one person in two distinct but undivided natures: human and divine.

These two natures work together as the eternal Son of God adds sinless humanity to His deity via the miracle of the virgin birth, which we celebrate tomorrow.

Let’s briefly explore six key passages of Scripture that help us understand what it means when the apostle John writes, “the Word became flesh.”

The word “dwelt” may be translated “tabernacled.” Just as the divine presence was with ancient Israelites in the pillar of cloud and fire, the tabernacle, and the temple, Yahweh now manifested Himself in the person of Jesus Christ, the God-Man.

Rom. 1:3-4 – “concerning his Son, Jesus Christ our Lord, who was a descendant of David according to the flesh and was appointed to be the powerful Son of God according to the Spirit of holiness by the resurrection of the dead.”

Paul recognizes Jesus’ humanity through His ancestry as a descendant of King David. His divine nature as the unique Son of God, however, is proven through His miraculous resurrection from the dead.

Rom. 9:5 – “The ancestors are theirs [Israelites], and from them, by physical descent, came the Christ, who is God over all, praised forever. Amen.”

Jesus’ human nature is linked to His Jewish lineage, and His divine nature makes Him “God over all.”

A few translations try to soften this clear claim of deity. The Contemporary English Version, for example, renders it, “I pray that God, who rules over all, will be praised forever!”

However, as Kenneth Samples points out in God Among Sages, “Contextually, this reference to ‘God over all’ applies to the person of Christ and is not a separate doxological reference to God.”

With respect to Jesus’ ancestry, we should note that Matthew and Luke list different genealogies. While much has been written about this, it may help to consider that Matthew is writing to a predominantly Jewish audience and thus follows the line of Joseph (Jesus’ legal father) through David’s son Solomon. Meanwhile, Luke has a broader audience in mind, so he follows the line of Mary (Jesus’ blood relative) through David’s son Nathan.

Phil. 2:5-7 – “Adopt the same attitude as that of Christ Jesus, who, existing in the form of God, did not consider equality with God as something to be exploited. Instead he emptied himself by assuming the form of a servant, taking on the likeness of humanity.”

This passage reflects a primitive Christian hymn. From all eternity, Jesus is of the same essence as God and thus is God. Even though, in eternity past, Jesus possessed the nature and prerogatives of deity, He did not cling to His privileged position at the Father’s right hand. Rather, He humbled Himself, adding sinless humanity to His deity and thus becoming the God-Man.

Col. 2:9 – “For the entire fullness of God’s nature dwells bodily in Christ.” As the NIV renders it, “all the fullness of the Deity lives in bodily form.”

In this passage, the apostle Paul responds to heretical views that later found their place in Gnosticism – namely, the categorical denial that Christ had come in the flesh. Paul emphatically states that Jesus is full divinity wrapped in human skin. The Incarnation is central to Paul’s writings here and elsewhere.

1 John 4:2– “This is how you know the Spirit of God: Every spirit that confesses that Jesus Christ has come in the flesh is from God …”

The apostle John counters first-century Docetics, a heretical group that embraces the deity of Christ but denies His humanity, arguing that Jesus only appears to be human (from the Greek dokeo, “to seem”). John makes “God in the flesh” a true test of Christian orthodoxy, arguing that every true “spirit” – a person claiming divine gifting for service – upholds the doctrine of the God-Man.

These verses illustrate the significance of the Incarnation. As theologian Gerald Bray writes, “The Son of God, eternally begotten of the Father and fully equal to him in every respect, became a man so that he could unite us to himself, pay the price for our sins, and bring us back to God.”