“Christ is the eternal Son of God. In His incarnation as Jesus Christ He was conceived of the Holy Spirit and born of the virgin Mary. Jesus perfectly revealed and did the will of God, taking upon Himself human nature with its demands and necessities and identifying Himself completely with mankind yet without sin. He honored the divine law by His personal obedience, and in His substitutionary death on the cross He made provision for the redemption of men from sin. He was raised from the dead with a glorified body and appeared to His disciples as the person who was with them before His crucifixion. He ascended into heaven and is now exalted at the right hand of God where He is the One Mediator, fully God, fully man, in whose Person is effected the reconciliation between God and man. He will return in power and glory to judge the world and to consummate His redemptive mission. He now dwells in all believers as the living and ever present Lord.”

Simply stated, the doctrine of the Incarnation means the eternal Son of God took on human flesh in the person of Jesus of Nazareth. As such, Jesus is one person in two natures: divine and human. As the apostle John writes, “The Word became flesh and dwelt among us” (John 1:14).

The importance of this truth should not be overlooked. If Jesus is not divine, he cannot be the Christ; if he is not human, he cannot be our Mediator.

The doctrine of the Incarnation flows naturally from a biblical understanding of the Trinity. Historic Christianity affirms belief in one infinitely perfect, eternal, and personal God, the transcendent creator and sovereign sustainer of the universe. This one God is triune, existing eternally and simultaneously as three distinct, but not separate, persons: Father, Son, and Holy Spirit.

In this light, Jesus clearly may be seen as the eternal Son of God who, in the Incarnation, set aside his privileged position (but not his deity) at the Father’s right hand  in order to become a sinless human who rescued us from sin by becoming sin for us on the cross (2 Cor. 5:21).

END_OF_DOCUMENT_TOKEN_TO_BE_REPLACED

In the previous column, we showed how Jehovah’s Witnesses twist the use of “firstborn” in Scripture to deny the deity of Christ. They also misuse the term “only begotten,” which appears several times in the Gospel of John, most notably in John 3:16: “For God so loved the world, that he gave his only begotten Son, that whosoever believeth in him should not perish, but have everlasting life” (KJV).

Many modern translations render the term “one and only Son,” emphasizing Christ’s uniqueness.

Jehovah’s Witnesses argue that “only begotten” means Jesus is the only direct creation of Jehovah, who then created all other things through His Son. The key is the Greek word monogenes. James White explains how linguistic studies and the discovery of ancient papyri in the Egyptian deserts within the last century have clarified a proper understanding of this term:

“It was assumed that the term was made up of two parts: monos, which means ‘only,’ and gennao, which is a verb meaning ‘to beget, give birth to.’ The assumption was half correct. Monogenes does come from monos but not from gennao; rather, the second part of the word comes from a noun, genos, that means ‘kind’ or ‘type.’

“Therefore, monogenes means ‘one of a kind, unique’ rather than ‘only begotten,’ and, accordingly, the term was used of an only son, a unique son. The importance for Christology is clear: No one can base a denial of the Son’s eternal nature upon this term, for it does not refer to a ‘beginning’ at all but instead describes the uniqueness of the object.”

The apostle John, who takes great care to establish the deity of Jesus, wants us to know that while Jesus is the Son of God, His Sonship is an eternal, one-of-a-kind relationship with God the Father. Believing sinners are “begotten” in the sense that we are born again, or made spiritually alive through the regenerating work of the Holy Spirit. Our sonship is through adoption; Christ’s Sonship is by the very nature of His eternal relationship with the Father.
END_OF_DOCUMENT_TOKEN_TO_BE_REPLACED 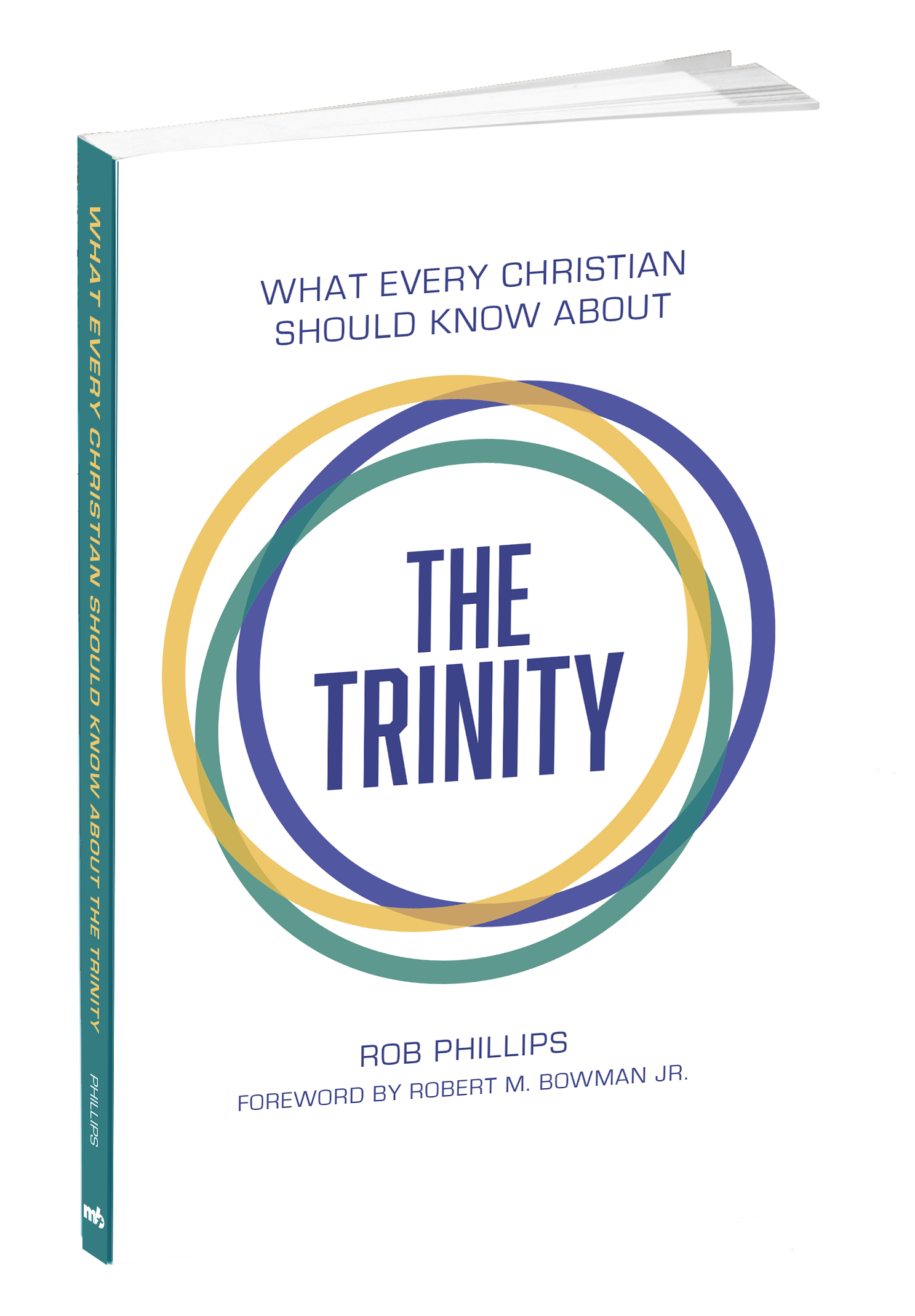 The doctrine of the Trinity distinguishes orthodox Christianity from counterfeit forms of the faith, and sets Christianity apart from other monotheistic religions such as Judaism and Islam. Even so, many Christians struggle to understand and explain this non-negotiable doctrine.

What Every Christian Should Know About the Trinity explores the biblical foundation of belief in one true and living God, who exists as three distinct, but inseparable, co-equal, co-eternal persons: Father, Son, and Holy Spirit.

Written for pastors and laypersons alike, this new resource  features twelve lessons that conclude with probing questions, making this an ideal resource for personal or group study.

Available in print from the MBC.

Or, get a print or Kindle edition from Amazon.

Rev. 14:20 – Then the press was trampled outside the city, and blood flowed out of the press up to the horses’ bridles for about 180 miles. (HCSB)

Finally in this chapter, John records, “Then the press was trampled outside the city, and blood flowed out of the press up to the horses’ bridles for about 180 miles” (v. 20). 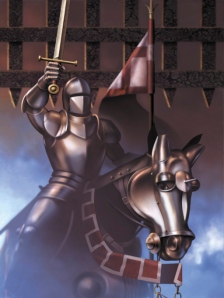 Commentators generally agree that the city in question is Jerusalem. It is called “the great city” in Rev. 11:8, as well as “Sodom and Egypt, where also their Lord was crucified.” The reason the wicked are destroyed outside the city is that this is where accursed and unclean things are taken for disposal. For example, the Valley of Hinnom outside Jerusalem is where human sacrifices take place in Old Testament times. It is a burning trash dump in Jesus’ day. Even the carcasses of sacrificial animals, whose blood the high priest carries into the Holy of Holies on the Day of Atonement, are carried outside the city walls and burned.

But the writer of Hebrews reminds us that Jesus is crucified outside the city in order to identify with sinful people. The One who knew no sin becomes sin for us, and the blessed Son of God becomes a curse: “For the bodies of those animals whose blood is brought into the most holy place by the high priest as a sin offering are burned outside the camp. Therefore Jesus also suffered outside the gate, so that He might sanctify the people by His own blood. Let us then go to Him outside the camp, bearing His disgrace” (Heb. 13:11-13).

Other interpreters see this simply as an allusion to Old Testament purification laws where the unclean are taken outside the camp (Lev. 8:17; 9:11). Still others understand this as a reference to the end-time gathering of the wicked around the city of Jerusalem (Ps. 2:2, 6; Dan. 11:45; Joel 3:12-14; Zech. 14:1-4; and the apocalyptic book of 1 Enoch 53:1). If this is a reference to the Day of the Lord, it likely speaks of the Valley of Jehoshaphat, which according to Jewish tradition is the part of the Kidron Valley between the Temple Mount and the Mount of Olives. This is where Joel prophesies that the judgment of nations will take place (Joel 3:12-14). Zechariah places the final battle on the outskirts of Jerusalem (Zech. 14:1-4).

END_OF_DOCUMENT_TOKEN_TO_BE_REPLACED 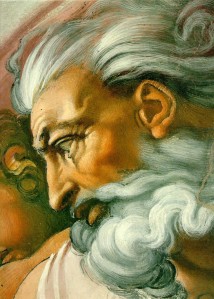 Mormons teach that God the Father has a body of flesh and bones. And Jehovah’s Witnesses say Jehovah has a “spiritual body” that prevents Him from being omnipresent.

While these unbiblical views from our LDS and JW friends are not surprising, it may come as a shock to hear that some leaders of the Christian Word-Faith movement hold a similar view – and quote the Bible to support it

A case in point: Kenneth Copeland and Isaiah 40:12.

Copeland, perhaps more than any other prosperity preacher, has gone into great detail about God’s alleged bodily existence.

In a letter responding to an inquiry on the subject, Copeland lists a number of God’s bodily attributes, including back parts, a heart, hands, a finger, nostrils, a mouth with lips and a tongue, feet, eyes and eyelids, a voice, breath, ears, hair, head, face, arms, and loins.

Further, says Copeland, he wears clothes, eats, sits on His throne, and walks. Copeland has made the outrageous claim that God lives on a planet, of which the earth is an exact copy, only smaller. Says the televangelist: Earth is “a copy of the mother planet.”