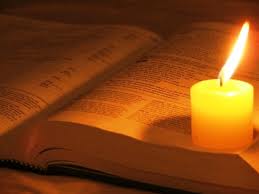 Finally in this section we are told, “The woman fled into the wilderness, where she had a place prepared by God, to be fed there for 1,260 days” (v. 6). Keep in mind that the woman in this vision is Israel. So, we might ask: When does Israel flee? Where is the wilderness? What is the special place God prepares for her? And what is the meaning of 1,260 days?

As we noted earlier, some commentators see the woman as the Virgin Mary and conclude that this flight into the wilderness is her departure with Joseph and Jesus into Egypt after Herod’s decree to kill all infant males in and around Bethlehem. Others say the woman is the church on its pilgrim journey through the present age, nourished by God while living among a vast multitude of heathens. While these interpretations have some merit, they do not seem to fit the context as well as the understanding that the woman is Israel.

It seems clear that Israel’s flight occurs after the ascension of Jesus. But when? Perhaps this is a reference to believing Jews who heed the warnings of Jesus in the Olivet Discourse (Matt. 24:15-22) and escape the Roman army’s destruction of Jerusalem in 70 A.D. Or perhaps, as futurists contend, this is an unfulfilled prophecy of the last days during which God protects faithful Jews from the Antichrist’s murderous spree. In any case, there is clear assurance that God protects and provides for faithful Israel.

Despite Satan’s never-ending campaign to destroy the Jewish people, God faithfully preserves His own. Whether it is the Mordecai-hating Haman in the Book of Esther, the holocaust-producing Adolph Hitler, or a satanically inspired Antichrist of the future, the enemies of God’s people will not prevail. The Lord remains true to His Abrahamic covenant.

But where do the Jews flee? Where is the “place prepared by God” in the wilderness? Some speculate this is Petra, a city in modern-day Jordan known for its rock-cut architecture and water conduits system. The nomadic Nabataeans built most of what exists today, beginning in the 6th century B.C., but there is archaeological and historical evidence that people settled there as early as 7,000 B.C. Petra seems to be mentioned several times in the Old Testament under different names, including Sela and Joktheel (2 Kings 14:7).

During the Exodus, Moses and the Israelites pass through this area in Edom. Local tradition says that the spring at Wadi Musa (Valley of Moses), just outside Petra, is where Moses strikes the rock and brings forth water (Num. 20:10-11). For his petulance – striking the rock rather than speaking to it – Moses is forbidden from entering the Promised Land (Num. 20:12-24). Aaron, the brother of Moses and Miriam, and the first high priest of the Bible, dies in Jordan and is buried in Petra at Mount Hor.

Petra may have been the staging post of the Eastern kings who visit the infant Jesus in Bethlehem (Matt. 2:1-12). During the days of Jesus and the apostles, Petra is one of the Eastern Mediterranean’s greatest trading centers. Because of its remote location and natural defense among the cliffs, some say that believing Jews who heed Jesus’ warnings in the Olivet Discourse flee to Petra when the Romans destroy Jerusalem in 70 A.D. Perhaps, they say, in the Great Tribulation, Jewish Christians will find protection there from the Antichrist’s murderous rage.

There are perhaps subtle hints that Petra is the hiding place of the Great Tribulation. Dan. 11:41 seems to indicate that Jordan will be one of the only places to elude the Antichrist’s control. Isa. 63:1 tells us the Lord is coming from Bozrah, the region where Petra is located, having defeated His enemies there. Many scholars believe He will do this just prior to arriving in Jerusalem at the Second Coming. And finally, Rev. 12:14 says the woman flees into a desert place during the Great Tribulation; Petra is perhaps the closest desert hiding place.

According to the Jewish historian Josephus, groups of Jews flee to Edom and Petra during the Babylonian invasion of Judah in the sixth century B.C., when Jerusalem and the temple are destroyed. When the Romans destroy the city and the temple in 70 A.D., many Jews escape to the mountains along the Dead Sea. A number of them make a futile last stand on a mountaintop at Masada. Others move further to Bozrah and Petra south of the Dead Sea.

We can’t know for certain the location of this “place prepared by God,” but it’s important to keep in mind that the wilderness is the setting where the nation of Israel is protected by the Lord from Pharaoh’s army and is miraculously fed manna and quail (Ex. 16). This historical reality provides God’s people with the assurance that no matter what happens in the future, the Lord will be there to lead them and meet their every need.

Lastly, what are we to make of the “1,260 days?” These are the exact words used to describe the period of protection of the two witnesses (Rev. 11:3), and they correspond to the “time, times, and half a time” the woman is fed in the wilderness (Rev. 12:14). This is 42 months or 3 ½ years, a period of time that appears in other places in Revelation and is linked to Dan. 7:25 and 12:7, in which the “the holy ones” are persecuted in the end times.

Some commentators believe the 42 months are the length of the Jewish War, which begins in A.D. 66 and ends with the destruction of the temple in A.D. 70. Others argue that this is the length of Nero’s persecution of Christians, which begins in November of A.D. 64 and ends with his suicide in A.D. 68. Still other interpreters say the 1,260 days are 1,260 years, citing the year-for-a-day principle applied in Ezekiel 4; they do not agree, however, on the starting and ending dates, but generally agree that the time period relates to the reign of the papal church.

Futurists contend that the 42 months and 1,260 days describe either the same half of the seven-year tribulation, or together describe the entire tribulation. Those who espouse a spiritual interpretation see the 42 months as an indefinite period of time corresponding to the church age. Other commentators avoid specificity altogether, arguing that John means to assure the church that their trials are of a finite length and will end with the coming of the Lord.

“The decision about which of these opinions is most correct will be inseparably tied to the identification of the two witnesses (chapter 11), of the beast (chapter 13), and of the events described in chapter 12,” writes Steve Gregg (Revelation: Four Views, p. 219).

While it is best not to be dogmatic about a particular point of view, it’s important for all of us to grasp the clear message in these apocalyptic words: The Lord will preserve a believing remnant. He will make sure there is a faithful testimony among the false prophets of the age. He will limit Satan’s power to deceive and persecute. And He will provide for His own when times of hardship come; some will be delivered from death, and some through death.

Four major views of the woman, the dragon, and the child

How do supporters of the four major interpretations of Revelation view these figures?