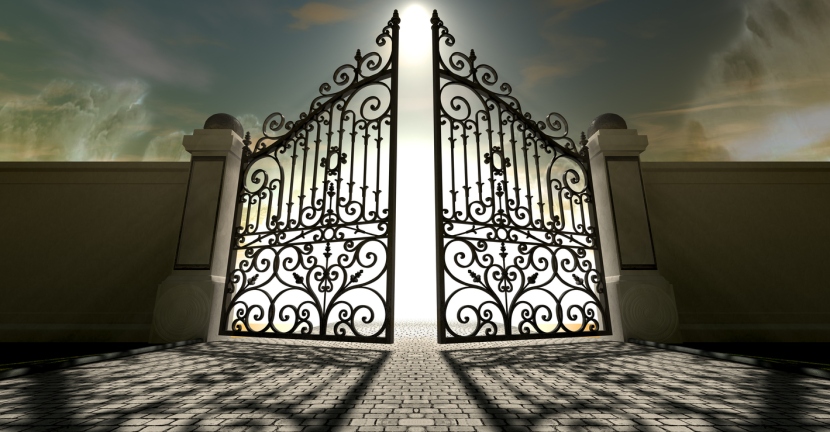 Previously: I am the Alpha and the Omega – Revelation 22:13

Rev. 22:14 – “Blessed are those who wash their robes, so that they may have the right to the tree of life and may enter the city by the gates. 15 Outside are the dogs, the sorcerers, the sexually immoral, the murderers, the idolaters, and everyone who loves and practices lying. (HCSB)

Outside are the dogs

In verses 14-15, Jesus speaks directly to readers with a blessing and a curse: “Blessed are those who wash their robes, so that they may have the right to the tree of life and may enter the city by the gates. Outside are the dogs, the sorcerers, the sexually immoral, the murderers, the idolaters, and everyone who loves and practices lying.”

In this final beatitude (22:14), the Lord assures believers – those who demonstrate their faith by keeping His commands – that they are welcome in the New Jerusalem, where they enjoy complete security and boundless provision. The basis of their entry is the shed blood of the Lamb (Rev. 7:14), which cleanses from sin and replaces the filthy rags of sinners’ self-righteousness with the white robes of Christ’s righteousness (see Rev. 3:4; 7:14; 19:7-8; Isa. 1:18).

The redeemed have access to the tree of life and find that admission into the presence of God is both free and unfettered. For those who plead the blood of Jesus, eternity is a home, with an ever-present and always-loving Father who meets all needs and assures safety from all harm.

Joseph A. Seiss comments, “Washing, or cleansing, is the great qualification for heaven – ‘the washing of water by the word’ (Eph. 5:26), ‘the washing of regeneration’ (Titus 3:5), cleansing by the blood of Jesus Christ (1 John 1:7). There is no doing or keeping of commandments that can save us without this.”

But beyond this, Seiss argues that the robes say something more about the character of the wearer – “that the attitude of looking, waiting, watching, and constant stretching forth of the heart, for the coming again of the Lord Jesus in his great Apocalypse, is the proper Christian habit, and that we put our prospects in peril where this habit is not cherished and kept as the very spirit and life of our faith. And the putting of ourselves in this attitude, and the cultivation of this habit, is what I take to be the particular washing and keeping of our garments to which the Scriptures so frequently refer. It is the general washing in the blood of Christ carried out into the habit of the soul toward his promised return” (The Apocalypse: An Exposition of the Book of Revelation, pp. 519-20).

Outside the city are the unregenerate, who Jesus describes in explicit terms. They are:

No doubt this list, similar to the one we see in the previous chapter of Revelation, does not cover the full spectrum of unbelievers, but it assures us that those who live unrepentantly according to their fallen nature have chosen to spend eternity outside the city of God. Their destiny is “the lake that burns with fire and sulfur, which is the second death” (Rev. 21:8).

They hold no regard for the Creator of the universe and desire no part in His kingdom on earth. As a result, they pass into eternity unchanged in nature and destiny. Lest we think, however, that the unregenerate rob us of our heavenly joy by roaming just outside New Jerusalem’s open gates, commentator Robert H. Mounce places this verse in perspective: “The verse does not intend to teach that in the eternal state all manner of wicked men will be living just outside the heavenly city. It simply describes the future with the imagery of the present. The contrast is between the blessedness of the faithful and the fate of the wicked” (quoted in R.J. Utley, Hope in Hard Times – The Final Curtain: Revelation. Study Guide Commentary Series (152). Logos Bible Software.)