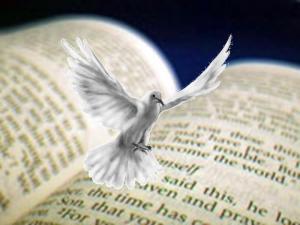 Completing our study of the fourth spring feast, we find that every person can see Jesus in the Feast of Pentecost by observing His promises about the coming Holy Spirit:

Read more about Jesus in the feasts of Israel

We are beginning an 8-week study of world religions and cults. Our stand will be on the truth of Jesus’ words in John 14:6, “I am the way, the truth, and the life. No one comes to the Father except through me.” Is this view narrow-minded, outdated, or even bigoted, as some suggest? Quite the contrary. The words Christ speaks are “spirit” and “life” (John 6:63). To disregard them is perilous. Yet many do. According to Adherents.com, there are 6.6 billion people in the world today. Among these are 1.5 billion Muslims, 1.1 billion nonreligious people, 900 million Hindus, nearly 400 million Buddhists, 7 million Baha’is, and millions of adherents to countless other faiths. The Web site also says there are 2.1 billion “Christians,” a broad category that includes Catholics and Protestants, Mormons and Jehovah’s Witnesses, and so-called “nominal” Christians.  If the exclusive claims of Jesus are true – and I believe they are – and even if everyone who claims to be a Christian really is, then 4.5 billion people still stand outside the kingdom of heaven. By all appearances, these people are sincere. They want to know the truth, and many believe they have found it. How can 4.5 billion people be wrong? Every Christian can answer this question by understanding the Biblical descriptions of those who do not know Christ.

Our purpose in this study is not to condemn anyone or to assume God’s role as sovereign judge of the universe; rather, it is to compare the teachings of some of the world’s major religions and cults with biblical, historical Christianity so that we might be more effective in praying for and witnessing to the lost, and wiser in our ability to discern false doctrines. Every person, regardless of his or her religious beliefs, is precious in the eyes of God and is someone for whom Christ died. Our attitude as we study these false religious systems should be one of humility, love, and grace.

The words of the apostle Paul are clear: Those who are not grounded in the Word of God are subject to deceptive teachings about “another Jesus … a different spirit … a different gospel” (2 Cor. 11:4 HCSB). Every world religion and every cult that we study professes belief in Jesus and has an exalted place for Him in its theology. But without exception, each of these belief systems fails to correctly answer the key question Jesus asked in Matt. 16:15: “Who do you say that I am?”

In his classic book The Kingdom of the Cults, the late Dr. Walter Martin tells about a training program held by the American Banking Association. Each year the ABA sends hundreds of bank tellers to Washington to teach them to detect counterfeit money. Writes Martin:

“It is most interesting that during the entire two-week training program, no teller touches counterfeit money. Only original passes through his hands. The reason for this is that the American Banking Association is convinced that if a man is thoroughly familiar with the original, he will not be deceived by the counterfeit bill, no matter how much like the original it appears. It is the contention of this writer that if the average Christian would become familiar once again with the great foundations of his faith, he would be able to detect those counterfeit elements so apparent in the cult systems, which set them apart from Biblical Christianity” (pp. 16-17).

This is a great lesson for us. Even though we will spend some time looking at the history and teachings of major world religions and cults, our focus should be on the truth of the Word of God. Then it won’t matter what the counterfeit religions are; we’ll be able to identify them and lovingly steer their proponents toward the truth.

The state of the lost

Back to our earlier question: If we believe Jesus is the only way of salvation, and if so many people reject that belief, how can so many people be wrong? The answer lies in what the Bible teaches about the state of those who don’t know Christ. Specifically, the Bible says the unbeliever is:

What hope exists for these 4.5 billion people? As we speak to them about the things we have seen and heard (Acts 4:20), the Holy Spirit must do the necessary work of convincing them of their need for Christ (see John 16:7-11). As we learn to share our faith with unbelievers, we must remind ourselves that winning the lost requires patience, perseverance, a clear understanding of scripture, and above all the work of the Spirit.