This is the second in a four-part series on Roman Catholicism. 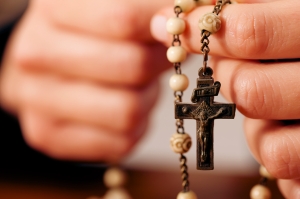 While Roman Catholics and evangelicals agree on a number of Christian doctrines, as we learned in the last column, there are profound differences between the teachings of Rome and the revealed word of God in Scripture.

As Protestant theologian Harold Brown once warned, while Catholicism holds to key fundamental articles of the faith, the church “so overlays them with extraneous and sometimes false doctrines that the foundations are no longer accessible to the majority of Catholic believers.”

Roman Catholics embrace at least seven doctrines that evangelical Christians reject as inconsistent with Scripture. In this article, we explore five of these divergent doctrines, with two more doctrines to follow in the next installment.

The Apocrypha. While evangelicals hold to the “canon” of 66 books in the Bible, Catholics argue that the apocryphal books – seven books and four parts of other books – belong in the canon. They call them deuterocanonical – literally, “second canon.”

The Council of Trent (A.D. 1545-1563) canonized these books, which include Tobit, Judith, Wisdom, Sirach, Baruch, and 1st and 2nd Maccabees. Among other things, these books support such Catholic teachings as prayers for the dead and justification by faith plus works.

END_OF_DOCUMENT_TOKEN_TO_BE_REPLACED

Listen to the audio from the Worldview Conference.

In Cholula, Mexico, stands the Church of Our Lady of Remedies. It sits atop the largest archaeological site in the Americas — a pyramid laced with catacombs and filled with artifacts from pre-colonial days.

According to some accounts, the natives of Cholula refused to welcome Spanish Conquistador Hernan Cortes in the 16th century. So to teach them a lesson, Cortes massacred thousands and ordered the people to build 365 Catholic Churches, one for each day of the year.

They never reached their goal, but Cortes made his point: The Aztecs were a conquered people, and their religion was subjugated to Roman Catholicism.

The Aztecs understood this — or should have. Previously, they were the conquerors and had built their sacred sites atop those of other indigenous peoples.

An interesting side effect is that none of the religions remained pure. Rather, each incorporated some of the beliefs and practices of the previous peoples into their religious life.

As a result, in many parts of Latin America today Roman Catholicism is a skin stretched over the ancient bones of animistic and pagan practices that find open expression outside the Catholic Church in religions like Santeria and Voodoo.