Previously: There will no longer be an interval of time

Rev. 10:1 – Then I saw another mighty angel coming down from heaven, surrounded by a cloud, with a rainbow over his head. His face was like the sun, his legs were like fiery pillars, 2and he had a little scroll opened in his hand. He put his right foot on the sea, his left on the land, 3and he cried out with a loud voice like a roaring lion. When he cried out, the seven thunders spoke with their voices. 4And when the seven thunders spoke, I was about to write. Then I heard a voice from heaven, saying, “Seal up what the seven thunders said, and do not write it down!” 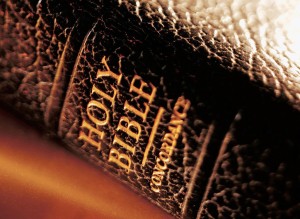 5Then the angel that I had seen standing on the sea and on the land raised his right hand to heaven. 6He swore an oath by the One who lives forever and ever, who created heaven and what is in it, the earth and what is in it, and the sea and what is in it: “There will no longer be an interval of time, 7but in the days of the sound of the seventh angel, when he will blow his trumpet, then God’s hidden plan will be completed, as He announced to His servants the prophets.”

8Now the voice that I heard from heaven spoke to me again and said, “God, take the scroll that lies open in the hand of the angel who is standing on the sea and on the land.”

9So I went to the angel and asked him to give me the little scroll. He said to me, “Take and eat it; it will be bitter in your stomach, but it will be as sweet as honey in your mouth.”

10Then I took the little scroll from the angel’s hand and ate it. It was as sweet as honey in my mouth, but when I ate it, my stomach became bitter. 11And I was told, “You must prophesy again about many peoples, nations, languages, and kings.” (HCSB)

The second phrase of special interest in the mighty angel’s oath (the first is that there will no longer be an interval of time) is that “God’s hidden plan will be completed” at the sound of the seventh angel’s trumpet. Note carefully that the angel does not say God’s hidden plan will be revealed, but completed. And he adds, “as He announced to His servants the prophets” (v. 7). In other words, we are not to look for further revelation when the third woe is declared; we are to watch as the Lord reclaims what is rightfully His – the kingdoms of this world. He already has told us this day will come. Now He’s going to fulfill His promise.