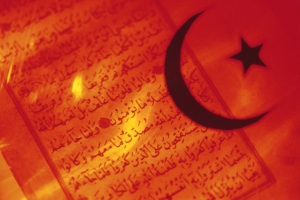 Islam is the youngest and fastest-growing major religion in the world. But how much do you know about the beliefs and practices that Muhammad and his followers began exporting from the Arabian Peninsula in the 7th century?

Here’s a chance to test your knowledge. The correct answers follow the quiz.

2. Muslims believe the final written authority from Allah is:

d) The Pearl of Great Price

3. The foundational path to salvation in Islam is:

a) The Eight-fold Path

b) The Five Pillars

b) To struggle / strive

d) All of the above

5. Calling Jesus the “Son of God” in Islam is considered “shirk,” which means:

a) Respectful and appropriate

b) Every Muslim’s duty

d) Taught by Sunni Muslims but not Shi’ites

6. Muslims teach that Jesus’ death on the cross:

b) Exonerated the name of Allah

c) Paved the way for Muhammad

7. A primary difference between Sunni and Shi’ite Muslims is:

a) Shi’ites look to Muhammad’s bloodline for successors; Sunnis do not

b) Sunnis are Arabs; Shi’ites are not

c) Sunnis embrace the Qur’an but reject the Hadith

8. Which of the following is not considered a Muslim prophet:

9. Who do Muslims say dictated the Qur’an to Muhammad?

10. How can Muslims be assured of entrance into Paradise?

b) By traveling to Mecca

c) By obeying the teachings of Islam

d) None of the above

1. c) Submission. “Islam” describes the religion of submission to the will of Allah.

2. b) The Qur’an. Muslims believe Allah has revealed many books, including the Bible. But these revelations ended with the Qur’an, which supersedes all others. For all practical purposes, Muslims trust only the Qur’an. They believe Jews and Christians corrupted the Old and New Testaments.

3. b) The Five Pillars. These are Shahada (testimony or confession of faith); Salat (compulsory prayer five times a day); Zakat (compulsory payment from a Muslim’s annual savings); Sawm (obligatory fasting during each day of the month of Ramadan); and Hajj (pilgrimage to Mecca, Muhammad’s place of birth). Acting correctly and sincerely on the five pillars is meant to conform a Muslim’s life to the will of Allah.

4. d) All of the above. The Arabic term means to endeavor, strive, struggle, or fight. It is sometimes translated “holy war.” Muslims embrace jihad in two ways. The “greater jihad” is the internal struggle against evil inclinations. The “lesser jihad” is warfare in the cause of Allah.

5. c) The unpardonable sin. Muslims reject both the Trinity and the deity of Christ. Declaring Jesus as the divine Son of God will damn a person to hell. Muslims do believe Jesus is the Messiah, was born of a virgin, lived a sinless life and is coming back one day – although for the purpose of establishing Islam on earth.

8. b) Saladin. Muslims teach that Allah has sent 124,000 prophets. Most are unknown, but many include biblical characters such as Adam, David, John the Baptist and Jesus. Saladin, by the way, was a Kurdish Muslim who defeated the Crusaders and recaptured Palestine for Islam in the 12th century.

9. d) Gabriel. The Qur’an began with supernatural visions and revelations that Muhammad claimed he received from Allah through the angel Gabriel. At first he feared these revelations came from a “jinn,” or evil spirit.

10. d) None of the above. Muslims believe in a Day of Judgment when the faithful Muslim is rewarded with Paradise and others are sent to Hell. The uncertainty comes in not knowing how faithful one must be. Some Muslims believe that death in holy war assures the martyr of eternal life, but this is a slippery slope that often results in the killing of innocent people, which Islam forbids. Some Muslims teach a hard determinism – or even fatalism – with respect to the afterlife. This creates an excellent witnessing opportunity for Christians, who may speak of assurance of salvation by God’s grace through faith in Christ – not by human effort.

This column first appeared March 12 in The Pathway, the news journal of the Missouri Baptist Convention.