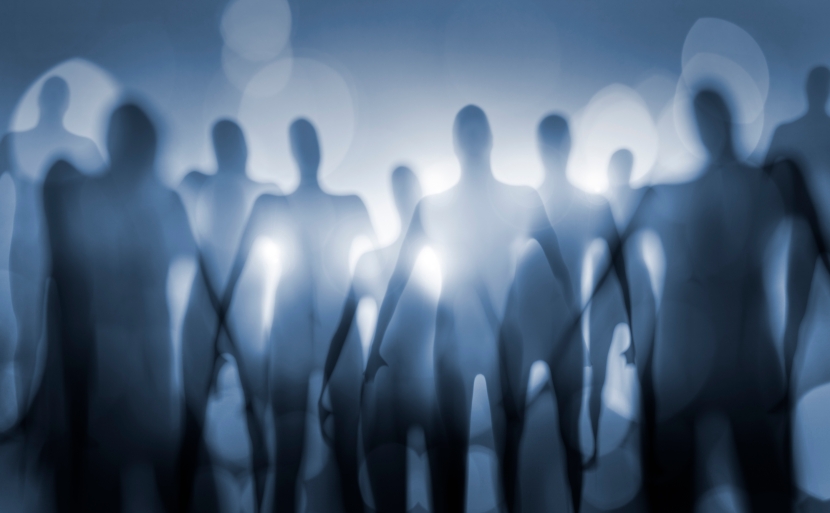 Jehovah’s Witnesses deny the so-called intermediate state, the conscious existence of the soul/spirit between death and resurrection.

Their governing organization, the Watch Tower Bible and Tract Society, teaches that the soul dies with the body and goes to “hell,” which it defines as mankind’s common grave. As the Watch Tower website states, “Scripturally, death is a state of nonexistence. The dead have no awareness, no feelings, no thoughts.”

Faithful JWs, of course, look forward to a future resurrection, at which time they populate the millennial kingdom and, if they persevere, live forever in paradise on earth.

They often focus on Old Testament passages to support their doctrine of soul sleep. Ecclesiastes 9:5 is one example: “For the living know that they will die, but the dead know nothing at all, nor do they have any more reward, because all memory of them is forgotten” (New World Translation).

While several other passages in Ecclesiastes acknowledge the inevitability of death, this verse seems to say there is no conscious afterlife. Can this possibly be true?
END_OF_DOCUMENT_TOKEN_TO_BE_REPLACED 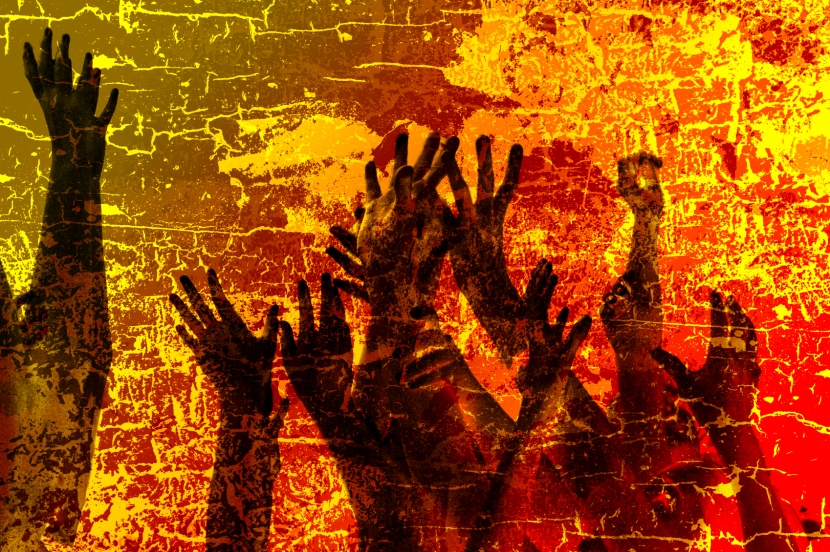 This is the fourth in a series of articles on biblical terms that describe the afterlife and the unseen world.

The ultimate destiny of the wicked is the same habitation created for Satan and his demons – a place in English we call “hell,” and a place Jesus and the New Testament writers describe variously as Gehenna, “outer darkness,” “eternal fire,” “eternal punishment,” “lake of fire,” and “the second death.”

While Sheol and Hades generally depict the temporary abode of the dead, Gehenna and its associated terms describe the place of everlasting future punishment for those whose names are not written in the book of life (Rev. 20:15).

The term Gehenna is derived from the Valley of Hinnom. Located southwest of Jerusalem, this steep, rocky valley is the scene of human sacrifices to pagan deities (2 Kings 23:10; 2 Chron. 28:3; 33:6) and is declared the “Valley of Slaughter” by Jeremiah (Jer. 7:31-34).

The picture of a place where fires are never quenched and worms never stop feasting on corpses became to the Jewish mind an appropriate representation of the ultimate fate of idol worshipers.
END_OF_DOCUMENT_TOKEN_TO_BE_REPLACED

The views of Charles Taze Russell and subsequent Jehovah’s Witness leaders regarding the doctrines of Biblical Christianity are not new; for the most part, they are recent spins on the Arian heresy of the early 4th century and other more recent Scripture-twisting views. Specifically, every Christian should reject the Watchtower’s claims to be the only true church because of its numerous unbiblical views. Ten false doctrines of the Watchtower are being highlighted in this three-part series.

JW False Doctrine 8: Consciousness of the soul after death denied.

JW False Doctrine 10: Heaven as the destination for all believers denied.

The Jehovah’s Witnesses: An Overview (PDF)

Some 50 years after Joseph Smith claimed to be visited by God the Father and Jesus Christ, an event that launched the Mormon Church, another teenage boy began an inconspicuous Bible study in Allegheny, Pennsylvania, in 1870. The result was the establishment of a second major worldwide cult in the 19th century, known today as the Jehovah’s Witnesses. Officially known by several names — The Watchtower Bible and Tract Society of New York, Inc., The Watch Tower Bible and Tract Society of Pennsylvania, and the International Bible Students Association – the Jehovah’s Witnesses today boast more than 6.6 million active participants (known as “publishers”) in more than 230 countries, with nearly 100,000 Kingdom Halls, one of the largest publishing operations in the world, and an aggressive door-to-door “preaching” ministry.

It all began with Charles Taze Russell (1852-1916). As a teenager he rejected many of the views taught in his Congregational church, particularly the doctrines of hell and the Trinity, which he found unreasonable. Influenced by Adventists, who assured him there is no eternal punishment and who focused on the return of Christ, he formed his own Bible study and began to develop his unique theology. In 1879, Russell began publishing his own magazine, eventually known as The Watchtower, predicting that the battle of Armageddon would take place in 1914, at which time Jehovah would destroy all earthly governments, end the “Gentile times” and establish His kingdom on earth. Russell believed and taught that Jesus had returned to earth invisibly in 1874.

By 1896 Russell had founded the Watchtower Bible and Tract Society. In 1908 he moved his headquarters from Pennsylvania to Brooklyn, New York, where it remains today, along with a massive printing operation, an apartment building, offices, and a Bible school. When the First World War began in 1914, Russell claimed his prophecy of Armageddon was on the verge of being fulfilled, but he died a failed prophet two years later.

Joseph F. Rutherford, legal advisor to Russell’s organization, became its new president in 1917. He set a new date of 1925 for Armageddon, but when it didn’t happen, the charismatic and domineering Rutherford backed away from his prediction, claiming that his followers misunderstood him. Undaunted, he changed the name of the society to the Jehovah’s Witnesses, taken from Isaiah 43:10, in part to distance his followers from splinter groups forged by former, disillusioned members. He also escalated the aggressive door-to-door “preaching” that distinguishes Jehovah’s Witnesses today. In fact, Jehovah’s Witnesses log more than 1.2 billion hours of “preaching” door-to-door each year. In an effort to rapidly increase membership, he proclaimed that only 144,000 people would make it to heaven. When Watchtower ranks swelled beyond this number, Rutherford announced that everyone who had become a Witness before 1935 would go to heaven (the “little flock”), while everyone who joined after 1935 would be among the “great crowd” who would not go to heaven but could live in an earthly paradise after Armageddon and the Millennium.

Rutherford died in 1942. His successor, Nathan Knorr, was less flamboyant than Rutherford and changed Watchtower policy so that all publications from that point forward were released anonymously. Under his direction, the society issued a new Armageddon dating system, teaching that Jesus had not returned invisibly in 1874, as Russell had taught, but in 1914. Further, the generation that had been alive in 1914 would not “pass away” (see Matt. 24:34) before Armageddon would occur – an “absolutely final” date of 1975. Knorr died in 1977 with the final battle yet to be waged.

Frederick Franz became the next president. While he would not permit the society to set any more dates for Armageddon, he insisted that persons alive in 1914 would witness this cataclysmic event. He died in 1992 at age 99. Successor Milton G. Henschel discarded the entire end-times scenario in favor of “new light” that made the “generation” of Matt. 24:34 apply to any generation that sees the signs of Christ’s return. Don Adams heads the organization today – a society that remains prolific in its publications and aggressive in its evangelism. The Watchtower, a semimonthly magazine that instructs the society’s members in faith and practice, is published in 158 languages with a circulation of more than 21 million. Awake!, designed for non-members, reaches 18 million readers in 81 languages. The society’s official Web site may be found at http://www.watchtower.org/.

Here is a glimpse of several key Jehovah’s Witnesses doctrines:

God’s name is Jehovah; He is not triune. No other names must be used to depict the one true and living God. Jehovah is a “spirit being,” invisible and eternal, but He has a spiritual body and is not omnipresent (Insight, vol. 1, pp. 969-970). Neither Jesus nor the Holy Spirit is God; the Trinity is strenuously denied.

Jesus is Jehovah’s first created being. Jesus had three periods of existence. In His pre-human existence he was called “God’s only begotten Son” because Jehovah created him directly. He then used Jesus to create all other things. He also had the personal name Michael the Archangel. The second stage of Jesus’ life was on earth as Jehovah transferred his life from heaven to the womb of Mary. Jehovah’s Witnesses are adamant that this was not an incarnation. Jesus became Messiah at his baptism, was executed on a torture stake, and his humanity was annihilated. He then began the third stage of his life, being raised an immortal spirit who returned to heaven once again as Michael the Archangel. He returned invisibly to earth, but now rules from heaven, and “very soon now, he will manifest his rulership over our troubled earth” (Knowledge, p. 41).

Jesus is not God. Jehovah’s Witnesses teach a type of polytheism with a doctrine of “two gods.” The say Jehovah is the Almighty God who created Jesus, and Jesus is the mighty god who created everything else. This is simply a modern version of an ancient heresy. Arius, a pastor’s assistant in Alexandria, Egypt, taught that Christ was a created being. He captured a strong following, which necessitated the Council of Nicea in A.D. 325.

Jesus rose spiritually, not physically, from the dead. Jehovah’s Witnesses claim that Christ was raised from the dead as a spirit who only appeared to have a body. What the disciples saw after Christ’s death was Jesus’ “re-created body.” Because in Watchtower reasoning the body and soul of an individual become extinct at death, God must re-create the “life pattern” of a person, and He does so by retrieving the life pattern from His memory.

The Holy Spirit is not God. Jehovah’s Witnesses teach that the Spirit is an “invisible act or force” that Jehovah uses to inspire His servants to accomplish His will. Put simply, the Holy Spirit is like electricity, according to Watchtower reasoning.

Christ’s death did not provide full atonement. Jehovah’s Witnesses teach that Jesus was a “ransom to God for Adam’s sin.” By this, they mean that Jesus (Michael the Archangel in human form) was a fair exchange for Adam’s sin. As such, he made it possible for all people to be saved by obedience to Jehovah. Christ died on a torture stake, not a cross. After lying in death for parts of three days, Jehovah re-created him as a mighty spirit person.

Salvation is by faith and obedience. Requirements for salvation are “exercising faith in Jesus’ ransom sacrifice,” baptism by immersion, active association with the Watchtower society, righteous conduct, and absolute loyalty to Jehovah. There is no assurance of salvation, only hope for a resurrection.

There are two classes of saved people. Only 144,000, known as the “Anointed Class,” will go to heaven at death to rule with Jesus. Most Jehovah’s Witnesses hope to be among the “other sheep” or “great crowd” who will not go to heaven but live forever in Paradise on earth after Armageddon and the Millennium.

Hell is mankind’s common grave. The body and soul cease to exist at death, say Jehovah’s Witnesses. When Jehovah raises them from the dead one day, the righteous will populate paradise on earth (the 144,000 “Anointed Class” are the only people in heaven). Apparently, the wicked will have a second chance for life, but if they don’t measure up, they will be annihilated, ceasing to exist forever. Jehovah’s Witnesses deny the biblical teaching that hell is a place of conscious, everlasting separation from God.