Previously: I heard a sound from heaven – Revelation 14:2

Rev. 14:3 –They sang a new song before the throne and before the four living creatures and the elders, but no one could learn the song except the 144,000 who had been redeemed from the earth. (HCSB)

They sang a new song

John records in verse 3, “They sang a new song before the throne and before the four living creatures and the elders, but no one could learn the song except the 144,000 who had been redeemed from the earth.” Is this the same “new song” that the elders sing in chapter 5? And why are its melody and words limited to the 144,000? 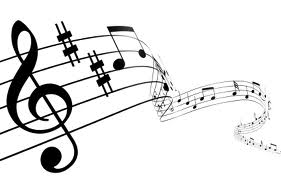 Some commentators argue that the song here is different from the elders’ song in Revelation 5 because no one can learn it except the 144,000. Others contend it is the same song, which the elders, who represent both Old and New Covenant believers in Revelation 5, are able to teach the 144,000 in Revelation 14.

We are given the words to the elders’ song in Revelation 5: “You [the Lamb] are worthy to take the scroll and to open its seals; because You were slaughtered, and You redeemed [people] for God by Your blood from every tribe and language and people and nation. You made them a kingdom and priests to our God, and they will reign on the earth” (Rev. 5:9-10). Perhaps these are the same words of the “new song” in Revelation 14, which those redeemed from the earth sing before heaven’s throne.

In any case, it appears this “new song” is a song of redemption, and the reason it’s confined to the 144,000 is because they are redeemed people. Unbelievers cannot legitimately sing this song because they have not experienced the salvation purchased with Christ’s blood. They may mouth the words, but their lip-synching will never exalt them to heavenly portals or entitle them to join the heavenly choir of equally vile sinners who have been wonderfully transformed by the blood of the Lamb.

The holy angels cannot sing this song, either, for while they have never sinned and have served God with devoted passion from the beginning, they can only look upon the work of redemption but are not its objects (1 Peter 1:12).

The song is “new” perhaps in that it encompasses the full redemption of God – not just His promises, played out in Old Covenant types; not just His incarnation and sacrificial death; not just His resurrection and ascension; not just the sending of His Holy Spirit, although all of these gifts of grace are marvelous; but now His glorious return and the creation of new heavens and a new earth.

The 144,000 are “identified first as those redeemed from the earth, and their reward is the privilege of learning a new song (v. 3). Because they are redeemed, there is reason to believe that redemption will be the theme of their song. The only ‘new song’ mentioned before in Revelation was that of the living creatures and elders in heaven (5:9), and it was a song of redemption: ‘because you were slain, and with your blood you purchased men for God from every tribe and language and people and nation.’ It was accompanied by the music of harps (5:8), and the word for ‘purchased’ in its lyrics was the same word used here of the 144,000 in the phrase ‘redeemed from the earth’” (IVP New Testament Commentary, Rev. 14:3, www.biblos.com).

In what way is the song new? Albert Barnes writes that it is new “in the sense that it is a song consequent on redemption, and distinguished therefore from the songs sung in heaven before the work of redemption was consummated. We may suppose that songs of adoration have always been sung in heaven; we know that the praises of God were celebrated by the angelic choirs when the foundations of the earth were laid (Job 38:7); but the song of redemption was a different song, and is one that would never have been sung there if man had not fallen, and if the Redeemer had not died. This song strikes notes which the other songs do not strike, and refers to glories of the divine character which, but for the work of redemption, would not have been brought into view. In this sense the song was new; it will continue to be new in the sense that it will be sung afresh as redeemed millions continue to ascend to heaven” (Barnes’ Notes on the New Testament, www.biblos.com).

“A great truth is taught here. To appreciate fully the songs of Zion; to understand the language of praise; to enter into the spirit of the truths which pertain to redemption; one must himself have been redeemed by the blood of Christ. He must have known what it is to be a sinner under the condemnation of a holy law; he must have known what it is to be in danger of eternal death; he must have experienced the joys of pardon, or he can never understand, in its true import, the language used by the redeemed. And this is only saying what we are familiar with in other things. He who is saved from peril; he who is rescued from long captivity; he who is pardoned at the foot of the scaffold; he who is recovered from dangerous illness; he who presses to his bosom a beloved child just rescued from a watery grave, will have an appreciation of the language of joy and triumph which he can never understand who has not been placed in such circumstances: but of all the joy ever experienced in the universe, so far as we can see, that must be the most sublime and transporting, which will be experienced when the redeemed shall stand on Mount Zion above, and shall realize that they are saved” (ibid).