This is the first in a series of occasional posts from Kuala Lampur, Malaysia, where I have the privilege of serving with Michael O’Neal, a church planter/pastor/teacher from Tennessee, and missionary Scott Carter to teach Christian apologetics to fellow believers and assist local pastors in their discipleship and church-planting efforts. 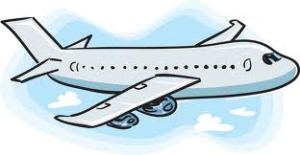 We’re standing in a long line of passengers waiting to get boarding passes on the Cathay Pacific flight that will take us non-stop from LAX to Hong Kong, then on to Kuala Lampur (KL). Nearly 20 hours of flying time await, and Michael and I hope we’ll be able to get some sleep as we prepare to hit the ground running in KL with teaching assignments the first night. Our casual conversation is interrupted by the man in front of us. He is growing increasingly agitated. The line is moving slowly and only one agent is working behind the counter.

Profanities stream from his mouth, and the smell of alcohol drifts our way as he turns toward Michael and me and strikes up a conversation. “I better get on this flight,” he tells us. “I was supposed to fly last night but missed my flight. I was drunk.”

For the next 45 minutes the man entertains us with salty language, a few magic tricks, and snippets of his life story, a sad saga of marriage and divorce, alcoholism, a successful career as a building contractor, and a journey from the Christian faith to Buddhism. He calls himself the “drunk monk.”

He’s on his way to Thailand, he tells us, to visit his three wives. They live in different villages and are unaware of one another but wait for his visits every other month and watch for the wire transfers of supporting funds from their husband in the U.S. He pulls out a fat wad of cash – mostly 100-dollar bills – and makes one disappear in one of the many sleight-of-hand tricks he uses to entertain his friends in Southeast Asia. “I wish this line would move,” he snaps. “I gotta get to the bar.”

The drunk monk tells us he was raised Baptist by a Bible-thumping dad who dragged him to church and ultimately drove him from the faith. Now, he says, he’s an old-school Buddhist who believes death is the end of life. “What happens if it’s not?” I ask him. “What if there’s life beyond the grave?”

“I don’t worry about it,” he slurs, running his nicotine-stained fingers through a shock of black hair. There is a glint of mischief in his dark eyes. And a lot of pain. “Geez, c’mon … I wish this line would move.”

Our friend the monk is not very serious about religion but is dead serious about draining every moment of pleasure out of life because, he says, that’s all there is. He pulls a tattered photograph out of his wallet. “My daughter,” he whispers. “Good kid. She’s 24.” She was an accident, he explains. Evidently the monk and his wife did not want kids, but his estranged wife has remarried a Bible thumper not unlike his own father and his daughter is all that’s holding him to the States.

We sense that the monk doesn’t want to hear too much about our Christian faith – two Bible thumpers from the U.S. – but he listens as we talk about Jesus and His redeeming work on the cross and resurrection from the dead. “I believe in Jesus,” he tells us sincerely.

And perhaps he does. We are no man’s judge. But as the monk finally works his way to the front of the line and staggers toward the counter, Michael and I are saddened by what we have witnessed. If, along the twisted course of his life, the drunk monk trusted in Christ as Savior he is wasting his Christian life in pursuit of pleasures that the apostle Paul said would last only a season, and one day he will stand before the judgment seat of Christ as a man escaping a burning house (1 Cor. 3:9-15). If, however, our friend rejected his father’s teachings about Jesus – however heavy handed they may have been – he will not find redemption in the villages of Thailand, the eight-fold path of Buddhism or the bottom of a bottle.

Two hours later Michael and I are waiting to board our flight when our new-found friend shuffles past, a successful stand-by passenger holding his precious ticket. “See you on board,” he tells me. “Geez, I wonder if there’s time for a beer.”