“The God of the Old Testament is arguably the most unpleasant character in all fiction: jealous and proud of it; a petty, unjust, unforgiving control-freak; a vindictive, bloodthirsty ethnic cleanser; a misogynistic, homophobic, racist, infanticidal, genocidal, filicidal, pestilential, megalomaniacal, sadomasochistic, capriciously malevolent bully.”

It seems odd that Dawkins, who has made a career out of pillorying a God he says does not exist, charges this fictional character with a plethora of crimes, including ethnic cleansing.

But the question itself is a valid one. When God instructs the Israelites to annihilate seven nations inhabiting the Promised Land to make room for His chosen people, He uses unambiguous terms.

In passages like Deut. 7:1-2 and 20:16-17, God tells the Israelites: “you must completely destroy them … you must not let any living thing survive.”

And the biblical narrative suggests the commands are taken quite literally: “They [the Israelites] completely destroyed everything in the city [Jericho] with the sword — every man and woman, both young and old, and every ox, sheep and donkey” (Josh. 6:21).

Does Dawkins have a point?
END_OF_DOCUMENT_TOKEN_TO_BE_REPLACED 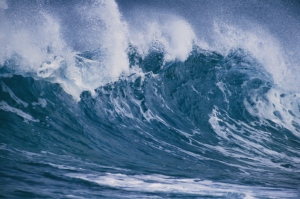 The Lisbon earthquake of 1755 changed everything. In minutes this thriving, affluent city was brought to its knees. Roughly 50,000 people died. The sky turned black. Fires raged. Then tidal waves washed over the port, drowning hundreds more.

Later, Voltaire wrote a poem challenging the prevailing view that this was a divine act of judgment. “Whilst you these facts replete with horror view, will you maintain death to their crimes was due?” he penned, adding, “Can you then impute a sinful deed, to babes who on their mother’s bosoms feed?”

Voltaire did not challenge the existence of God. He simply asked what kind of deity would create a world with such design flaws. It’s a question other great thinkers of his day dared to ask as well – a question taken up by today’s angry atheists and carried to the extreme conclusion that God does not exist.

The earthquake and tsunami that devastated Southeast Asia in 2004, and a similar disaster that struck Japan in 2011, are more recent examples of what may be described as natural evil. While many atheists concede that moral evil exists in the world, the idea of natural evil seems to prove either that God does not exist or, if He does, He is not a compassionate, all-powerful God worthy of worship.

Horatio G. Spafford was a prominent attorney in Chicago in the 1800s and a friend of evangelist Dwight L. Moody. While Spafford was both respected and comfortable, he was not free from severe hardship. First, he lost his four-year-old son to scarlet fever. Then his real estate investments along Lake Michigan literally went up in flames in the Great Chicago Fire of 1871. Not long after that, his four daughters drowned in a shipwreck, and his wife Anna survived the ordeal only because the ship’s debris buoyed her as she floated, unconscious, in the Atlantic Ocean.

Crossing the sea to join his bereaved wife, Spafford was called to the captain’s deck as the ship sailed past the foamy deep where his daughters were lost. The captain informed him that the waters there were three miles deep. Returning to his cabin, Spafford penned these words to the now-famous hymn:

Whatever my lot, Thou hast taught me to say,

It is well, it is well with my soul

Why did such tragedy befall this godly man? Spafford may have wondered why, but ultimately he rested in the sovereignty of God.

Everyone can better appreciate God’s sovereignty, even in the darkest nights, by observing 10 reasons we suffer, according to scripture. These reasons are briefly highlighted here.

Reason 1. We suffer because we sin. All of us are sinners (Rom. 3:10, 23). Unbelievers live lifestyles of independence from God, while believers experience moments, or seasons, of independence. Spiritual discipline is designed to target sin in a believer’s life, and that discipline may be severe, including death (1 Cor. 11:29-32).

Reason 3. We suffer because we live in a sinful and fallen world. Accidents happen. Natural disasters take the lives of millions each year. The apostle Paul writes that the whole world is groaning beneath the weight of sin (Rom. 8:22).

Reason 4. We suffer because God allows us to make real choices. The sovereignty of God and the ability of people to make meaningful choices are two Biblical truths. We are not robots; we actually can and do make choices for which God holds us accountable. Sometimes these choices result in suffering — for us or others. Randy Alcorn writes, “If God disarmed every shooter and prevented every drunk driver from crashing, this would not be a real world in which people make consequential choices … In such a world, people would die without a sense of need, only to find themselves in Hell.”

Reason 5. We suffer to make us long for eternity. This world is not our home; we are strangers here. Our citizenship is in heaven.  The writer of Hebrews records, “These [heroes of the faith] all died in faith without having received the promises, but they saw them from a distance, greeted them, and confessed the they were foreigners and temporary residents on the earth (11:13).” When we suffer, it helps prevent us from clinging to this world, which is passing away.

Reason 6. We suffer to keep us from something worse. Pain and suffering lead us to focus on the cause, and to fix it before it gets worse. A fever sends us to the doctor, where our illness is diagnosed and the remedy prescribed. On a grander scale, suffering tells us there is something wrong with us, and with the world, and often leads us to the all-important search for Christ. Darkness, pain, suffering, loneliness, abandonment — all help us grasp the reality of life, now and eternally, without Christ.

Reason 7. We suffer to share in the suffering of Christ, and thus to be more like Him. Christian martyrs, and those persecuted for their faith, share in what Paul calls “the fellowship of His suffering” (Phil. 3:10). When we suffer, it also enables us to comfort others, who suffer. Paul also writes, “seeing that we suffer with Him … we may also be glorified with Him” (Rom. 8:17b). Finally, the apostle says, “For our momentary light affliction is producing for us an absolutely incomparable eternal weight of glory” (2 Cor. 4:17).

Reason 8. We suffer to honor God. Jesus tells us to take heart when we are persecuted for His sake (Matt. 5:10-11). And He warns us the world will hate us because it hated Him first. In Hebrews 11, some heroes of the faith are blessed with wealth and success, while others are tortured or killed. God doesn’t divide these heroes into categories according to their circumstances; He honors them together for their faithfulness. If Christians had easier lives it would make the gospel more attractive for the wrong reasons; God would become a means to an end rather than the end of all things Himself.

Reason 9. We suffer to grow spiritually. Jesus, who was perfect in His humanity, nevertheless “learned” obedience through suffering. Paul writes that he has “learned” in whatsoever state he is, to be content (Phil. 4:11). And Paul’s “thorn in the flesh” is designed to keep him from boasting (2 Cor. 12).

Reason 10. We suffer to better anticipate the glories of heaven and the world to come. In Rev. 21:4 we read, “He will wipe away every tear from their eyes. Death will exist no longer; grief, crying, and pain will exist no longer, because the previous things have passed away.” Paul writes, “For I consider that the sufferings of this present time are not worth comparing with the glory that is going to be revealed to us” (Rom. 8:18).

There are many reasons we suffer, and sometimes it’s difficult to know the exact cause of our suffering. Job, it appears, never knew about God’s wager with Satan. But hold on to these truths:

Randy Alcorn writes, “Our fates do not rest with people who file lawsuits against us, or with unjust politicians, lawyers, teachers, coaches, military officers, or employers. They can do their worst against us — and God is fully capable of turning it around and using it for our best (no matter how much it hurts in the meantime).”

(These are notes from a message delivered July 10, 2011, at Mapledale Baptist Church, Sheboygan, Wis.)