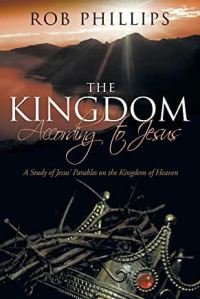 Excerpted from The Kingdom According to Jesus: A Study of Jesus’ Parables on the Kingdom of Heaven.

The terms kingdom of God, kingdom of heaven, and kingdom (with reference to the kingdom of God/heaven) appear nearly 150 times in Scripture. None of these references gives a simple, straightforward definition of the kingdom, and many passages appear to be contradictory.

Yet the kingdom is the primary focus of Jesus’ teaching. Many of his parables describe the kingdom. The apostles preach the “gospel of the kingdom.” And end-times prophecy points us toward the day when God’s kingdom comes in its fullness.

To begin, we need to understand what the Bible says the kingdom of heaven is—and is not.

What the kingdom of heaven is not

There are many incorrect views about the kingdom that have emerged over the years—among them, that the kingdom of heaven is:

An inward power, a purely subjective realm of God’s power and influence in our lives;

An apocalyptic realm, altogether future and supernatural, that God installs at the end of human history and is by no means present or spiritual;

The church, either the ever-expanding church as the world is Christianized, ushering in the kingdom, or the true church hidden within professing Christianity;

The universe, all of God’s creation over which he is sovereign;

Heaven, in contrast to earth.

But none of these views holds up under a careful study of Scripture.

So … what is the kingdom of heaven?

The kingdom of heaven simply is God’s reign, his authority to rule. The following truths help us understand the kingdom in more practical terms:

(1) The kingdom is God’s conquest, through Jesus Christ, of his enemies: sin, Satan, and death.

(2) The kingdom comes in stages. It was foretold by Jewish prophets as an everlasting, mighty, and righteous reign involving the nation of Israel and its coming King, the Messiah. It came humbly through the virgin birth of the Son of God and exists today as a “mystery” in the hearts of all believers. In the second coming, the kingdom at last appears in power and glory. And after Christ’s millennial reign on earth, he delivers the kingdom to the Father, having finally put away sin (it no longer is a reality to be dealt with), Satan (he will be cast into hell to be tormented night and day forever), and death (there is no longer physical death).

(4) As all kingdoms must have a king, Jesus is King of the kingdom of heaven. As King of Kings and Lord of Lords, Jesus is the eternal Son of God to whom, one day, “every knee should bow … and every tongue should confess …” (Phil. 2:10–11).

(5) People enter the kingdom and become its citizens by faith in Jesus Christ.

The paradox of the kingdom

When we turn to the Scriptures, we find a perplexing diversity of statements about the kingdom, many of them focusing on the now-versus-future aspects of the kingdom of heaven:

The kingdom is a present spiritual reality (Rom. 14:17); at the same time, it is a future inheritance that God gives his people when Christ returns in glory (Matt. 25:34).

The kingdom is an inner spiritual redemptive blessing (Rom. 14:17) that can only be experienced through the new birth (John 3:3); yet, it will involve world government (Rev. 11:15).

How do we reconcile these seemingly contradictory teachings? Simply by setting aside our modern notion of a kingdom as a physical boundary over which a king rules.

As George Eldon Ladd notes in The Gospel of the Kingdom:

The primary meaning of both the Hebrew word malkuth in the Old Testament and of the Greek word basileiain the New Testament is the rank, authority and sovereignty exercised by a king. A basileia may indeed be a realm over which a sovereign exercises authority; and it may be the people who belong to that realm and over whom authority is exercised; but these are secondary and derived meanings. First of all, a kingdom is the authority to rule, the sovereignty of the king.

Certainly God’s kingdom has a realm—the believer’s heart today, the earth throughout the millennium, and the restored heavens and earth after sin, Satan, and death are finally put away. However, our understanding of the kingdom advances more quickly if we remember that the kingdom first and foremost is God’s authority to rule.

One final note: The terms kingdom of heaven and kingdom of God are interchangeable.

Only Matthew uses the term kingdom of heaven, possibly because his Gospel is written to Jews who, for fear of taking God’s name in vain, used the word “heaven” when referring to God. Even more likely, Jews would be familiar with the phrase kingdom of heaven or kingdom of the heavens, while most Greeks would not. Therefore, Mark, Luke, and even Matthew on occasion (Matt. 19:23–24, for example) prefer the term kingdom of God to make the text more understandable to Greek readers.