Previously: The nations have drunk – Revelation 18:3

Rev. 18:4 – Then I heard another voice from heaven: Come out of her, My people, so that you will not share in her sins or receive any of her plagues. 5 For her sins are piled up to heaven, and God has remembered her crimes. (HCSB)

Come out of her, My people 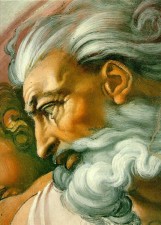 There is “another voice from heaven” that speaks in verses 4-8. It may be the voice of the Lord, for He says, “Come out of her, My people” (v. 4). Yet the voice later speaks of “God” and “the Lord God” in the third person. It’s possible this is Jesus, speaking to distinguish Himself from God the Father. In any case, there is urgency in His voice and a command for God’s people to separate themselves from the earth’s wicked people because judgment is falling.

“Come out of her, My people,” the voice cries, “so that you will not share in her sins or receive any of her plagues” (v. 4). A few commentators understand the rapture of the church to take place at this time. If so, it is late in the tribulation period and precedes Christ’s return by a brief span. Futurists are divided as to whether the rapture takes place prior to, in the middle of, or at the end of the tribulation.

Another way to view this call, however, is as an ever-present urging for believers to separate themselves from the sinful ways of the world. Jesus reminds us that while we are in the world, we should not be of it. “If the world hates you, understand that it hated Me before it hated you,” He tells His disciples. “If you were of the world, the world would love you as its own. However, because you are not of the world, but I have chosen you out of it, the world hates you” (John 15:18-19). Later, in His high priestly prayer, Jesus tells the Father, “I am not praying that You take them out of the world but that You protect them from the evil one. They are not of the world as I am not of the world” (John 17:15-16). The apostle Paul exhorts us, “Do not be conformed to this age, but be transformed by the renewing of your mind, so that you may discern what is the good, pleasing, and perfect will of God” (Rom. 12:2).

The admonition of this heavenly voice parallels Jer. 50:8 and 51:6, 45, in which God calls the Israelites to come out from the ancient Babylonians and their ungodly lifestyles. Throughout human history, God has called His people to separate themselves from those devoted to the worldly system that opposes God. The Lord instructs Abram to leave his country (Gen. 12:1). He rescues the Israelites from bondage in Egypt and instructs them never to return. And the church today is commanded to steer clear of the ungodly (Rom. 16:17-18; 2 Cor. 6:14 – 7:1). No doubt the first readers of Revelation would connect the voice of God in Rev. 18:4 with Jeremiah 50-51 and understand the link between ancient Babylon and the contemporary paganism of Rome and/or the worldliness of first-century Israel.

The heavenly voice offers two reasons for separating from Babylon the Great. The first is that God’s people will not share in her sins. The apostle Paul cautions Timothy, “and don’t share in the sins of others” (1 Tim. 5:22). And he exhorts all believers, “Don’t participate in the fruitless works of darkness, but instead expose them” (Eph. 5:11). The second reason is that God’s people will avoid receiving any of Babylon’s plagues.

Verse 5 says that Babylon’s sins “are piled up to heaven, and God has remembered her crimes.” The symbolism harks back to the tower of Babel, built block by block until Nimrod proposes to reach heaven with it. Matthew Henry notes, “When the sins of a people reach up to heaven, the wrath of God will reach down to the earth” (Henry, Rev. 18:1-8) But what crimes has Babylon committed?

We have already noted Babylon’s evil influence on the nations of the world, seducing them with idolatry. Another sin that will be judged is pride: ‘She hath glorified herself!’ (Rev. 18:7) She saw herself as a queen who could never be dethroned, and this false confidence and pride could never be accepted by the Lord (see Isa. 47 for the parallel, especially vv. 7–9). A third sin is Babylon’s worship of pleasures and luxury. To ‘live deliciously’ (Rev. 18:7) is to live proudly in luxury while others go without. It means to make possessions and pleasures the most important things in life, and to ignore the needs of others. John summarized this attitude as ‘the lust of the flesh, and the lust of the eyes, and the pride of life’ (1 John 2:16). God’s people must not delay in separating themselves from this evil system, because God’s judgment will come suddenly and Babylon will be destroyed in a single day. Sometimes God’s judgments work silently ‘as a moth’ (Hosea 5:12), but at other times they are ‘as a lion’ (Hosea 5:14) and spring suddenly, and there is no escape. In one day, the entire economic empire will collapse! But those who have their citizenship in heaven will rejoice at the judgment of God” (Wiersbe, Rev. 18:1).