This is the fifth in a series of columns about same-sex attraction, adapted from the new MBC resource, “What Every Christian Should Know About Same-Sex Attraction,” available in print at mobaptist.org/apologetics and in Kindle format at Amazon.com. 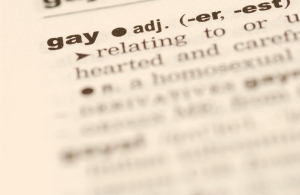 Six passages of Scripture speak directly to the issue of same-sex conduct. This column offers a brief survey of two verses in Leviticus:

“If a man sleeps with a man as with a woman, they have both committed an abomination. They must be put to death; their blood is on their own hands” (Lev. 20:13).

These verses are part of the Holiness Code (Leviticus 17-26) dealing with laws, sacrifices, and purity regulations that distinguish the Hebrews from the idolatrous nations surrounding them.

The code prohibits sowing a field with two kinds of seeds, wearing a garment made of two kinds of materials, and other activities that seem foreign to 21st century readers. This leads some critics to conclude that the passages on homosexual behavior also are meant only for Hebrews living in the ancient Near East.

However, there are good reasons to understand these prohibitions as an expression of God’s unchanging moral will. As Christian author Kevin DeYoung notes:

The prohibitions of Leviticus 18 and 20 are against behavior that is contrary to God’s creative intent for sexuality. Further, the New Testament writers repeat the Levitical prohibitions against same-sex behavior (Rom. 1:26-27; 1 Cor. 6:9-11; 1 Tim. 1:8-11).

Not a single passage in the Old or New Testaments depicts homosexual conduct in a positive light.

One common objection is that these passages speak negatively of homosexual conduct that violates the gender roles appropriate to a patriarchal society because the act reduces the passive partner to the status of a woman.

If this were the case, however, the active partner would be guiltier than the passive partner. Yet the Bible holds both parties equally to blame and subscribes the same punishment for both persons.

Another argument is that homosexual relations in the ancient Near East often were between social unequals – for example, a master and his slave or a man and a boy. Since this type of behavior is no longer considered appropriate in most cultures, the prohibition in Leviticus does not apply.

However, Lev. 18:22 and Lev. 20:13 do not restrict the type of homosexual behavior that God considers an abomination; all forms of same-sex conduct are prohibited.

Yet another contention is that these verses decry violent behavior such as same-sex rape or homosexual behavior associated with idolatry like cult prostitution. They say nothing about same-sex conduct between “loving” and “committed” people.

But the Hebrew word zakar always involves the male gender, whether translated “man,” “male,” or “mankind,” thus meaning that all forms of male-male sexual activity are included in the prohibition. Further, when the Lord wants to condemn cult prostitution, He does it clearly, as in Deut. 23:17.

Then, of course, come the arguments that Christians today selectively promote the portions of Leviticus that suit them. In other words, if Christians today don’t observe all the Levitical prescriptions, they have no right to condemn homosexual behavior.

So, why don’t we observe the dietary laws? Because Jesus removed them and declared all foods clean (Mark 7:19). Further, the laws about the separation of fabrics and seed were to distinguish the Hebrews from their neighbors; nowhere were the nations surrounding Israel punished for these behaviors, meaning they were specific to the Hebrews.

In stark contrast, nowhere does Scripture set aside its prohibition against homosexual behavior.

Next: Paul’s case against same-sex conduct