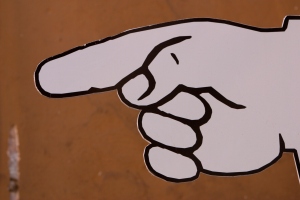 When our kids were young and complained about being on the wrong side of circumstances, my wife and I urged them to repeat this line: “When things go badly for me, it’s usually my fault.”

In other words, we challenged our son and daughter to own their part of a bad experience.

If a teacher singled them out from a group of misbehaving students, they were to understand that their behavior was wrong, whether done individually or in a group.

If they got into an argument with a friend, they were to review the conversation and see how their words contributed to the dust-up.

If someone stole a pair of gym shoes from their locker, they learned the wisdom of using the combination lock we provided for them while they paid for new shoes out of their allowance.

Like us, many Christian parents swim against a strong cultural current of victimhood, which values freedom over responsibility and leads inevitably to an entitlement mentality.  The line between right and wrong is blurred. Good and evil are subjective realities, not objective standards. And when things go badly, there are always other people to blame.

Dear sir, I am

True, this frame of mind existed in Eden and has been handed down to succeeding generations through the sin nature, but victimhood seems especially strong in today’s Western culture. It makes us long for the days of author C.K. Chesterton, who is credited with responding to a reporter’s open question, “What’s wrong with the world today?” with this simple response: “Dear sir, I am.”

Victimhood is a slippery slope. Once we are comfortable blaming others for our problems, it’s easy to start blaming God, especially with respect to human suffering. In fact, this often is the first salvo of atheists who argue that if God exists and is good, He should eradicate suffering for all creatures. Let’s look more closely at this argument.

The fact is that human suffering came about because people abused their ability to make choices, not because God wants to hurt us. As Christian author Lee Strobel writes,  “God decided to give free will to men and women because this is the only way we can enjoy the highest value in the universe, which is love…. Without free will, we could never love, because in order to love we must have the choice not to love.”

Philosopher Peter Kreeft, author of Making Sense Out of Suffering, writes, “Once God chose to create human beings with free will, then it was up to them, rather than to God, as to whether there was sin or not…. It’s a self-contradiction – a meaningless nothing – to have a world where there’s real choice while at the same time no possibility of choosing evil.”

Consider this: The world produces enough food for each person to consume 3,000 calories a day. So why are people starving? Corrupt governments and selfish individuals – not God.

Even natural evil – earthquakes, floods, and the like – is rooted in sin. Adam’s fall produced an immediate curse of the earth that continues today. As the apostle Paul notes: “We know that the whole creation has been groaning as in the pains of childbirth right up to the present time” (Rom. 8:22).

Cliffe Knechtle, an apologist focusing on college students, writes, “When we human beings told God to shove off, he partially honored our request…. We are born into a world made chaotic and unfair by a humanity in revolt against its Creator.”

The good news is that Christ has provided for our redemption, and for the regeneration of our planet, through his finished work on the cross. When He returns, the redeemed receive glorified bodies and the earth is purged of the effects of the fall. Together, we are made new.

God has entrusted us with a great gift: The ability to make choices that have consequences. Therefore, when things go wrong for us, it’s good to ask ourselves whether we had at least some role to play in the troubling turn of events.

This column first appeared August 27, 2013, in The Pathway, the news journal of the Missouri Baptist Convention.