Rev. 6:12 – Then I saw Him open the sixth seal. A violent earthquake occurred; the sun turned black like sackcloth made of goat hair; the entire moon became like blood; 13 the stars of heaven fell to the earth as a fig tree drops its unripe figs when shaken by a high wind; 14 the sky separated like a scroll being rolled up; and every mountain and island was moved from its place. 15 Then the kings of the earth, the nobles, the military commanders, the rich, the powerful, and every slave and free person hid in the caves and among the rocks of the mountains. 16 And they said to the mountains and to the rocks, “Fall on us and hide us from the face of the One seated on the throne and from the wrath of the Lamb, 17 because the great day of Their wrath has come! And who is able to stand?” (HCSB)

The kings … hid in the caves 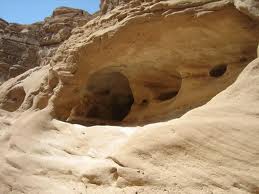 John lists seven classes of people seeking to escape God’s wrath. Just as God shows no favoritism (Acts 10:34) and welcomes people from every tribe, language, people and nation into His kingdom (Rev. 5:9), people of all economic, social and political stripes choose to reject Him and thus partake as equal partners in His wrath. John specifically mentions kings, the nobles (statesmen and high civil officers), military commanders, the rich, the powerful (a reference to physical strength), slaves and free persons.

Those who are most feared on earth become the most fearful, and those who are from the lowliest castes receive no special mercy for having rejected the exalted place offered them in Christ’s kingdom. “No authority, nor grandeur, nor riches, nor valour, nor strength, would be able to support men at that time; yea, the very poor slaves, who, one would think, had nothing to fear, because they had nothing to lose, would be all in amazement at that day” (Matthew Henry’s Commentary on the Whole Bible: Complete and Unabridged in One Volume, Rev. 6:9-17).

All are sinners; all have rejected God’s Son and His provision for their sin through His sacrificial and substitutionary death on the cross; all have taken part in abusing His grace and persecuting His people; and now all of them together know that His righteous wrath is falling equally on them. Whether this is a reference to the destruction of Jerusalem in 70 A.D, as preterists and some historicists contend, or to the yet-future Day of the Lord, as futurists insist, there is no mistaking that God is bringing His judgment to bear on the world’s wicked.

We would be wise at this point not to overlook the lesson for believers. Though John is describing God’s wrath toward the wicked, He holds us accountable for our stewardship as saints. Before we become too smug in our satisfaction as we watch unbelievers get their just desserts, Paul reminds Christians that “we must all appear before the judgment seat of Christ, so that each may be repaid for what he has done in the body, whether good or evil” (2 Cor. 5:10). The apostle John indicates that some of us will be ashamed at His coming (1 John 2:28), while Paul writes that some of us will emerge from this judgment like a person escaping a burning house (1 Cor. 3:15). For believers and unbelievers alike, “It is a terrifying thing to fall into the hands of the living God” (Heb. 10:31).