Following is chapter 3 of The Kingdom According to Jesus. You may order the entire study from a number of the nation’s leading booksellers.

1 On that day Jesus went out of the house and was sitting by the sea.
2 Such large crowds gathered around Him that He got into a boat and sat down, while the whole crowd stood on the shore.
3 Then He told them many things in parables, saying: “Consider the sower who went out to sow.
4 As he was sowing, some seeds fell along the path, and the birds came and ate them up.
5 Others fell on rocky ground, where there wasn’t much soil, and they sprang up quickly since the soil wasn’t deep.
6 But when the sun came up they were scorched, and since they had no root, they withered.
7 Others fell among thorns, and the thorns came up and choked them.
8 Still others fell on good ground, and produced a crop: some 100, some 60, and some 30 times [what was sown].
9 Anyone who has ears should listen!” 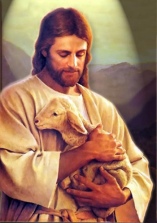 Jesus probably is staying with Peter at his home in Capernaum. He has just tussled with the scribes and Pharisees who accused him of eating “unlawfully” and of healing on the Sabbath. He has foiled a plot by the Pharisees to kill Him. He has cast a demon out of a man and then answered the Pharisees’ accusation that He is casting out demons by Satan’s power. He has rebuked the Pharisees for demanding a sign that He is the Christ. And he has denied his own family’s request to see Him by declaring that His family consists of all who believe in Him. Now, in chapter 13, the Scripture says in verse one, “On that day Jesus went out of the house and was sitting by the sea [of Galilee].”

It is significant that in chapter 12 Jesus shows clear evidence He is the Messiah and that His kingdom has invaded Satan’s kingdom:

Matt. 12:28 is crucial in setting the stage for Jesus’ parables in chapter 13: “If I drive out demons by the Spirit of God, then the kingdom of God has come to you.” Jesus declares that the long-awaited kingdom of heaven has come – but not in the way the Jewish leaders were expecting. Rather than as a political and military machine, the kingdom has come quietly and with great spiritual power, invading Satan’s kingdom and binding him (the “strong man” of Matt. 12:29) so that He may plunder the evil one’s kingdom.

The scribes and Pharisees will have none of this teaching and reject the King and His kingdom. So in chapter 13, as Jesus leaves Peter’s house and sits beside the sea, multitudes gather around Him, having witnessed His miracles and having heard His declaration that the kingdom of heaven has come. So Jesus gets into a boat – perhaps Peter’s boat or a boat made available for Jesus’ use whenever He needed it – and begins a series of eight parables on the kingdom of heaven. In this first parable – the parable of the sower – it is possible that farmers on the hillsides along the sea were in their fields sowing seed, with the ever-present birds hovering in the air above them.

The central theme of this parable is that the kingdom of heaven has come among men and yet men can reject it. As George Eldon Ladd writes, “The mystery of the Kingdom is this: The Kingdom of God is here but not with irresistible power. The Kingdom of God has come, but it is not like a stone grinding an image to powder. It is not now destroying wickedness. On the contrary, it is like a man sowing seed. It does not force itself upon men…. This was a staggering thing to one who knew only the Old Testament…. One day God will indeed manifest His mighty power to purge the earth of wickedness, sin and evil; but not now. God’s Kingdom is working among men, but God will not compel them to bow before it. They must receive it; the response must come from a willing heart and a submissive will” (The Gospel of the Kingdom, pp. 56-57).

Christ no doubt is the sower, but in a sense every believer who shares the gospel is a sower as well. In Jesus’ day, farmers walked through their fields scattering seed by hand broadly across their property, knowing that a high percentage of the seed would not bear fruit. Normally, another member of the family would follow the sower closely and plow the seed under. But many of the seeds were eaten by birds as they fell on footpaths; others landed in shallow soil with a stratum of rock beneath; and others fell at the fringes of the property among thorn bushes that the farmers used to build small cooking fires. Still, the seed is broadcast widely, and some seed finds the good soil, thus raising up a crop.

Jesus interprets the parable for His disciples:

In Jesus’ day, farmers sowed widely across their fields, knowing that perhaps one in three seeds would grow to maturity. As believers, we are to sow the gospel of the kingdom widely and indiscriminately, trusting God to grant the harvest.

Regarding the kingdom, Jesus’ parable of the sower is a clear message that His kingdom would not at this time come in power and great glory; instead, it would reside in the hearts of willing believers and be resisted by many. This is not what the Jews were expecting, and many rejected Jesus and His call to the kingdom because He is not the political and military leader they are seeking. At the same time, Satan, whose kingdom Jesus has invaded, will hover watchfully and snatch the gospel away from those whose hearts are hardened against it, lest, person by person, he lose power as “the god of this age” (2 Cor. 4:4).