Rev. 18:9 – The kings of the earth who have committed sexual immorality and lived luxuriously with her will weep and mourn over her when they see the smoke of her burning. 10 They will stand far off in fear of her torment, saying: Woe, woe, the great city, Babylon, the mighty city! For in a single hour your judgment has come. (HCSB)

The kings of the earth 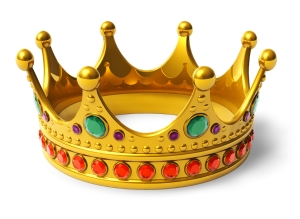 The declaration of the fall of Babylon the Great is recorded in verses 1-8. The next 11 verses form a litany of lamentation as kings, merchants, shipmasters, seafarers, and business people mourn the destruction of the great city where they have made their fortunes. There is a three-fold pattern to these laments: first, a cry of sorrow; second, a summary of what has been lost; and third, a confirmation of the suddenness of Babylon’s fall. A single verse follows – verse 20 – calling for a different response from heaven. The saints, apostles, and prophets are to rejoice because God has executed judgment on their behalf.

The first to mourn are the kings of the earth who have committed sexual immorality and lived luxuriously with the Mother of Prostitutes. The world system over which Satan is prince has seduced common men and women into becoming uncommon beasts who wield terrifying power over their subjects. While these rulers live in barricaded opulence, the people who look to them with hope live in squalor a stone’s throw away. From the cult of Caesar worship to the killing fields of Cambodia, rulers with a desire to make themselves like the Most High God become madmen who use Christians as human torches or slaughter millions in the name of ethnic or political cleansing. The kings of the earth gladly mix politics, religion and commerce to solidify their power and cement their place in history.