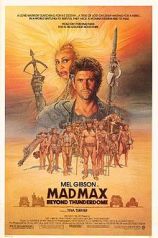 I like to watch certain films again and again no matter how many times I have seen them. My list of honey-please-back-away-from-the-remote movies includes “Gladiator,” “Saving Private Ryan,” “The Outlaw Josie Wales,” and just about any 007 film.

Oh, and don’t forget the Mad Max trilogy starring Mel Gibson. One of my favorite scenes in the third film features Max squaring off against a brutal, masked bodyguard named Blaster in Thunderdome, a caged orb in which the only rule is: “Two men enter … one man leaves.” A fight to the death. Pass the popcorn.

But consider what happens when two Christians holding seemingly conflicting views actually have a great deal in common?

A case in point: Paul and James on the subject of faith and works.

Paul writes in Rom. 3:28, “For we conclude that a man is justified by faith apart from works of the law.”

James, on the other hand, pens these words, “You see that a man is justified by works and not by faith alone” (James 2:24).

Viewed in isolation, it appears these two statements are completely at odds. But when taken in their proper contexts, these passages reveal that Paul and James are on the same theological page.

For starters, we should not assume Paul and James use “works” in the same way. Paul connects works with the Jewish law and its practices, such as circumcision. More importantly, he does so with respect to an individual prior to, or apart from, becoming a Christian.

James, on the other hand, does not address Jewish covenantal ceremonies or responsibilities. Instead, he describes the outworking of faith after one becomes a Christian.

In other words, Paul and James are in complete agreement. We are justified – that is, declared in right standing before God – based solely on our faith in Christ, whose finished work on the cross paid our sin debt.

Paul is explicit about this in other passages:

James has no argument with Paul’s teaching on salvation by grace through faith. He simply builds on that doctrinal truth, exhorting believers to live in such a way that makes their faith evident to all.

When we trust in Christ for salvation, He not only justifies us by faith; He sends the Holy Spirit, who seals us, sets us apart, places us into the body of Christ, gives us spiritual gifts, and begins the life-long process of conforming us to the image of Jesus. This creates a new attitude in us, as well as new desires and a new outlook.

Therefore, being made new creations in Christ (2 Cor. 5:17), we find it natural to live moral lives, be generous, and share our faith because the Spirit now inhabits the temple of our bodies and guides our behavior.

That’s why James writes in the same context, “Show me your faith without works, and I will show you faith from my works” (v. 18b). And: “For just as the body without the spirit is dead, so also faith without works is dead” (v. 26).

While we must never judge another person’s eternal standing with God, we can witness the evidence of the Spirit’s power in believers through their Christ-like concern for others, their moral lives, and their selfless works in the name of Jesus.

In Thunderdome, Mad Max manages to get the best of Blaster. As he closes in for the kill, he looks for the first time into the now-unmasked, peaceful and smiling face of his nemesis and discovers a complete lack of animosity. In an act that at first stuns and then pleases the crowd, Max spares Blaster’s life.

Thunderdome would end the same for Paul and James.

This column first appeared Dec. 18, 2012, in The Pathway, the news journal of the Missouri Baptist Convention.