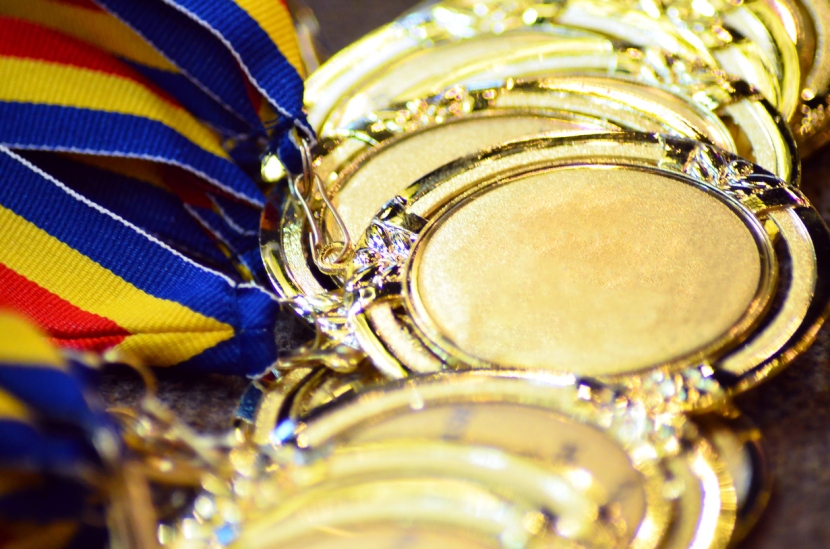 Rev. 21:7 – The victor will inherit these things, and I will be his God, and he will be My son. 8 But the cowards, unbelievers, vile, murderers, sexually immoral, sorcerers, idolaters, and all liars – their share will be in the lake that burns with fire and sulfur, which is the second death.” (HCSB)

The victor will inherit these things

The words of God complete this section as He speaks in verses 7-8: “The victor will inherit these things, and I will be his God, and he will be My son. But the cowards, unbelievers, vile, murderers, sexually immoral, sorcerers, idolaters, and all liars – their share will be in the lake that burns with fire and sulfur, which is the second death.”

This expresses the intimate relationship that exists between the saints and God in the eternal state. We are joint-heirs with Jesus. We are God’s adopted sons and daughters. And the full expression of God’s work for us and in us will be realized when we are resurrected and glorified, and when we enjoy everlasting face-to-face intimacy with Him in the new heavens and earth.

The words “the victor” are translated “he who overcomes” or “the one who conquers” in other versions. This refers to the perseverance of the saints during a time of terrible persecution, and it links the promises of Jesus in the opening chapters of Revelation to their fulfillment in the return of the King.

Remember that in each of the seven letters to the churches of Asia Minor Jesus offers a word of encouragement to the overcomer:

To Ephesus: “I will give the victor the right to eat from the tree of life, which is in God’s paradise” (Rev. 2:7).

To Pergamum: “I will give the victor some of the hidden manna. I will also give him a white stone, and on the stone a new name is inscribed that no one knows except the one who receives it” (Rev. 2:17).

To Thyatira: “The one who is victorious and keeps My words to the end: I will give him authority over the nations – and he will shepherd them with an iron scepter; he will shatter them like pottery – just as I have received this from My Father. I will also give him the morning star” (Rev. 2:24-26).

To Sardis: “In the same way, the victor will be dressed in white clothes, and I will never erase his name from the book of life but will acknowledge his name before My Father and before His angels” (Rev. 3:5).

To Philadelphia: “The victor: I will make him a pillar in the sanctuary of My God, and he will never go out again. I will write on him the name of My God and the name of the city of My God – the new Jerusalem, which comes down out of heaven from My God – and My new name” (Rev. 3:12).

And to Laodicea: “The victor: I will give him the right to sit with Me on My throne, just as I also won the victory and sat down with My Father on His throne” (Rev. 3:21).

Our Mediator and Intercessor

No doubt, the victors are faithful followers of Jesus, those who remain true to Him in the face of lukewarm sentiments, false prophecies, worldliness, and tenacious persecutors. It is equally important to understand that the victory of these faithful believers is tied to Jesus, who conquered sin and death for us, and who sits today at the Father’s right hand as our Mediator and Intercessor. It is indeed our victory but it is won at Christ’s expense.

We are reminded in Rev. 12:11, “They conquered him [Satan] by the blood of the Lamb and by the word of their testimony, for they did not love their lives in the face of death.” As the apostle John writes: “[W]hatever has been born of God conquers the world. This is the victory that has conquered the world: our faith. And who is the one who conquers the world but the one who believes that Jesus is the Son of God” (1 John 5:4-5).

Jurgen Roloff comments: “Indeed, in the final analysis in these promises the important matter is not receiving certain gifts from God but rather the relationship to God himself, the giver of all gifts.” (Revelation: A Continental Commentary, p. 237).

The lake of fire

Verse 8 provides a stark contrast to the victors. It is a listing of those whose share in in the lake of fire, which is the second death. The One seated on the throne declares that “cowards, unbelievers, vile, murderers, sexually immoral, sorcerers, idolaters, and all liars” have hell as their destiny. The apostle Paul provides similar lists three times in his writings:

In Rom. 1:29-32 he writes about those who are “filled with all unrighteousness, evil, greed, and wickedness. They are full of envy, murder, quarrels, deceit, and malice. They are gossips, slanderers, God-haters, arrogant, proud, boastful, inventors of evil, disobedient to parents, undiscerning, untrustworthy, unloving, and unmerciful. Although they know full well God’s just sentence – that those who practice such things deserve to die – they not only do them, but even applaud others who practice them.”

In 1 Cor. 6:9-11 he says, “Don’t you know that the unrighteous will not inherit God’s kingdom? Do not be deceived: No sexually immoral people, idolaters, adulterers, or anyone practicing homosexuality, no thieves, greedy people, drunkards, verbally abusive people, or swindlers will inherit God’s kingdom.” But he reminds us of God’s power to deliver us from evil: “And some of you used to be like this. But you were washed, you were sanctified, you were justified in the name of the Lord Jesus Christ and by the Spirit of our God.”

In Gal. 5:19-21 he describes the works of the flesh: “sexual immorality, moral impurity, promiscuity, idolatry, sorcery, hatreds, strife, jealousy, outbursts of anger, selfish ambitions, dissensions, factions, envy, drunkenness, carousing, and anything similar. I tell you about these things in advance – as I told you before – that those who practice such things will not inherit the kingdom of God.”

While John’s list is similar to those of Paul, it’s important to note that John begins with “cowards” and “unbelievers.” This appears to be an indirect appeal to all professing believers facing times of testing. John makes no distinction between those who deny Jesus under persecution and those who openly embrace pagan vices.

Jurgen Roloff again writes, “In an effort to challenge the reliance of the addressees on their safe possession of salvation, John again makes it clear that, because of the magnitude of the promise received, the danger is all the more serious of being disobedient and faithless to Jesus. Whoever succumbs to it does not belong to those who stand in the Look of Life and is therefore fundamentally like God’s enemies, who stand in his judgment” (p. 238).

This is not to suggest that the elect will fall away; rather it seems to be an affirmation that those who merely profess Christianity may expect to be exposed under the withering heat of persecution so that their true nature as unbelievers is made clear.