Rev. 7:9 – After this I looked, and there was a vast multitude from every nation, tribe, people, and language, which no one could number, standing before the throne and before the Lamb. They were robed in white with palm branches in their hands. 10And they cried out in a loud voice: Salvation belongs to our God, who is seated on the throne, and to the Lamb! 11All the angels stood around the throne, the elders, and the four living creatures, and they fell on their faces before the throne and worshiped God, 12saying: Amen! Blessing and glory and wisdom and thanksgiving and honor and power and strength, be to our God forever and ever. Amen. 13Then one of the elders asked me, “Who are these people robed in white, and where did they come from?” 14I said to him, “Sir, you know.” Then he told me: These are the ones coming out of the great tribulation. They washed their robes and made them white in the blood of the Lamb. 15For this reason they are before the throne of God, and they serve Him day and night in His sanctuary. The One seated on the throne will shelter them: 16no longer will they hunger; no longer will they thirst; no longer will the sun strike them, or any heat. 17Because the Lamb who is at the center of the throne will shepherd them; He will guide them to springs of living waters, and God will wipe away every tear from their eyes (HCSB)

All the angels stood around the throne 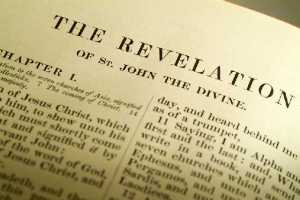 In verse 11, John sees all the angels standing around the throne, the elders and the four living creatures. Now it is their turn to offer praise. They fall on their faces before the throne and worship God, saying, “Amen! Blessing and glory and wisdom and thanksgiving and honor and power and strength, be to our God forever and ever. Amen” (v. 12).

There are three brief observations to share. First, the angels’ position. They stand “around the throne, the elders and the four living creatures,” in close proximity to both their Creator and their fellow servants. The Lord created angels higher in power and intelligence than people, and they stand in His presence, worshipfully reverent and ready to respond immediately to His commands. At the same time, angels do not lord their position over men and women. Twice in the Book of Revelation, John falls at the feet of an angel to worship, and both times he is sternly rebuked. In Rev. 19:10, the angel says, “Don’t do that [worship me]! I am a fellow slave with you and your brothers who have the testimony about Jesus. Worship God.” And in Rev. 22:9, after John tries to worship at the feet of the angel who showed him things to come, the angel says, “Don’t do that! I am a fellow slave with you, your brothers the prophets, and those who keep the words of this book. Worship God.”

Even more interesting, angels lack something given exclusively to people: salvation. The holy angels have no need of it, and the rebellious angels are never offered it, but face a certain eternity in hell, which was created for them (Matt. 25:41). Paul, in fact, reminds believers that we will judge angels – presumably evil angels since there is no biblical reference to a judgment day for the holy ones. Last, in 1 Peter 1:12, we are told that just as the prophets of old did not understand how and when the Messianic prophecies would be fulfilled, even angels “desire to look into these things.”

A second observation is the angels’ posture. First, we see them standing before the throne, attentive to God and ready to respond immediately to His commands. But then, they fall on their faces before the throne and worship God. “Behold the most excellent of all the creatures, who never sinned, who are before him continually, not only covering their faces, but falling down on their faces before the Lord! What humility then, and what profound reverence, become us vile frail creatures, when we come into the presence of God! We should fall down before him; there should be both a reverential frame of spirit and a humble behaviour in all our addresses to God” (Matthew Henry’s Commentary on the Whole Bible: Complete and Unabridged in One Volume, Rev. 7:1-12).

A third observation is the angels’ praise. They begin with the word “Amen!” This is the transliteration of a Hebrew word signifying that something is certain, valid, truthful, or faithful. It often is used at the end of biblical songs, hymns, and prayers, and is repeated at the end of the angels’ praise in verse 12. It is likely that the angels, in beginning their praise with the word “Amen,” are agreeing with the cries of the vast multitude that honors God the Father and the Lamb in verse 10. The angels then acknowledge the glorious attributes of God – His wisdom, power and strength – and declare that for these divine qualities He is to be blessed, glorified, thanked and honored forever and ever. They close their words of praise with, “Amen,” signifying that their testimony is true.

Next: One  of the elders asked me