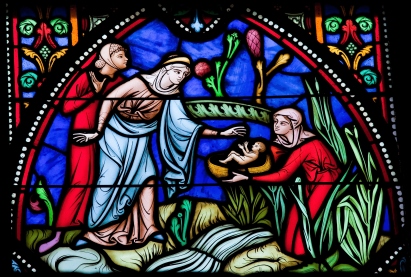 This is the 16th in a series of articles on the Trinity, excerpted from “What Every Christian Should Know About the Trinity,” available by contacting the MBC or through Amazon and other booksellers.

The Israelites enjoy a unique relationship with Yahweh, who creates a nation for Himself out of the pagan tribes of the world. Then, He calls Himself the Father of Israel. This special relationship is anchored in God’s sovereign will and eternal plan to deliver the redemption of sinful mankind through a special people marked off as His own.

While the Israelites enjoy great benefits as the “firstborn” of Yahweh (Exod. 4:22), they may claim no merit of their own in this unique relationship. In fact, they often come under the chastening hand of their Father when they violate the terms of their covenant with Yahweh.

In a terse warning to the Israelites, Moses contrasts the faithfulness of God with the once and future corruption of His people: “Is this how you repay the LORD, you foolish and senseless people? Isn’t he your Father and Creator? Didn’t he make you and sustain you? Remember the days of old; consider the years of past generations. Ask your father, and he will tell you, your elders, and they will teach you. When the Most High gave the nations their inheritance and divided the human race, he set the boundaries of the peoples according to the number of the people of Israel. But the LORD’s portion is his people, Jacob, his own inheritance” (Deut. 32:6-9).

Isaiah may have this passage in mind as he prays, “Yet LORD, you are our Father; we are the clay, and you are our potter; we all are the work of your hands” (Isa. 64:8).

In Isaiah 63, the prophet apparently quotes a prayer of the people, who wrongly claim that the Lord has caused them to stray. Even so, they acknowledge His fatherhood: “You, LORD, are our Father; your name is Our Redeemer from Ancient Times” (Isa. 63:16). And the prophet Malachi, in a stern warning to the men of Judah about marrying foreign wives who worship pagan gods, reminds them, “Don’t all of us have one Father? Didn’t one God create us?” (Mal. 2:10).

Yahweh is the Father of Israel in two senses. First, He is the Father of the nation as a whole. The Lord instructs Moses to tell Pharaoh, “This is what the LORD says: Israel is my firstborn son. I told you: Let my son go so that he may worship me, but you refused to let him go” (Exod. 4:22-23).

Second, Yahweh is the Father of individual sons of God. As Moses spells out forbidden practices that mimic the pagan nations around them, he assures the people, “You are the sons of the LORD your God” (Deut. 14:1).

This special relationship between Yahweh and the Israelites, of course, does not mean that every Israelite automatically inherits everlasting life. Quite the contrary. After spelling out the benefits of being Yahweh’s firstborn, the apostle Paul offers some tough love to his Jewish readers:

“Now it is not as though the word of God has failed, because not all who are descended from Israel are Israel. Neither are all of Abraham’s children his descendants. On the contrary, your offspring will be traced through Isaac. That is, it is not the children by physical descent who are God’s children, but the children of the promise are considered to be the offspring” (Rom. 9:6-8).

Paul goes on to write that Gentiles may call God their Father because they have pursued righteousness by faith rather than by the works of the law (vv. 30-33). This leads to our next column: God as the Father of the Church.