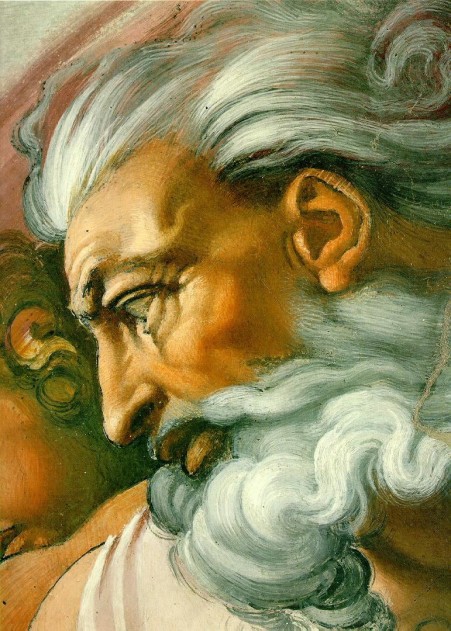 Rev. 20:11b – Earth and heaven fled from His presence, and no place was found for them. (HCSB)

John remarks, “Earth and heaven fled from His presence, and no place was found for them” (v. 11b). The idea of earth and heaven – the created order for mankind’s habitation – fleeing from their Creator seems to personify the passing away of “the first heaven and the first earth,” to be replaced with “a new heaven and a new earth” (Rev. 21:1).

The earth’s wicked stand in final judgment before God. They are about to be cast into hell for their sins. The redeemed already have been glorified. Therefore, God is putting an end to sin – and with it, an end to the consequences of sin in the created order. This has been His plan since eternity past and He has communicated it to us throughout human history.

The Fall results not only in death for Adam and Eve and their descendants; it results in a curse upon the earth (Gen. 3:17-19). Even so, before that curse is pronounced, the Lord promises a Redeemer – a virgin-born Savior who crushes the head of Satan and ultimately reverses the effects of the Fall (Gen. 3:15).

Throughout the Old Testament, we see several hundred prophecies of this promised Messiah and learn that He is to be born of a virgin in Bethlehem Eprathah (Isa. 7:14; Micah 5:2); that He is divine and will establish an everlasting kingdom (Isa. 9:6-7); that He is to suffer an excruciating death but conquer the grave (Ps. 16:9-11; 22:12-18); that in His suffering and death He is to bear the penalty for our sins (Isa. 53:3-6); that He is to  heal the broken-hearted (Isa. 61:1-2); and that He is to judge people and restore the earth to its sinless perfection (Isa. 66). We see the prophecies of the Suffering Servant fulfilled in Jesus of Nazareth.

Further, the New Testament writers remind us that while Jesus conquers sin and death in His finished work on the cross, He is to return in the future to judge all people and create new heavens and a new earth. For example, the apostle Paul describes the present earth as “subjected to futility,” in “the bondage of corruption,” and “groaning together with labor pains until now,” but he points to the day when “the creation itself will also be set free from the bondage of corruption into the glorious freedom of God’s children” (Rom. 8:19-22).

Jesus tells His disciples of the day when the earth is to experience “regeneration” (Matt. 19:28). Peter tells us we look forward to the day when this sinful and fallen world is destroyed as “we wait for the new heavens and a new earth, where righteousness will dwell” (2 Peter 3:10-13). And John shares the vision Jesus gives him of the new heavens and new earth in Revelation 21-22.

So it seems that we read this passage of scripture in Rev. 20:11 correctly in the context of Christ’s judgment of all unbelievers and the purging of sin from the created order. John notes that “no place was found for them,” that is, for the old heaven and earth.

People and angels, both good and evil, have a place.

Death and Hades have a place, as we read in verse 14; it is the lake of fire.

Unbelievers have a place; it, too, is the lake of fire, where those who have rejected Christ will join Satan and his demons.

Jesus promises His followers that He is returning to heaven to prepare a place for them, and He assures them He will return to take them there (John 14:2). Even God has a place, enthroned in the new heavens and earth, where believers see Him face to face and enjoy everlasting fellowship with Him. But the stain of sin on the created order has no place in Christ’s kingdom, for He promises to completely purge it.

J.F. Walvoord and R.B. Zuck write, “The present universe was created like a gigantic clock which is running down, and if left to itself, would ultimately come to a state of complete inactivity. Inasmuch as God created the universe and set it in motion for the purpose of enacting the drama of sin and redemption, it would seem proper to begin anew with a new heaven and a new earth suitable for His eternal purpose and built on a different principle. The new heaven and new earth described in chapter 21 has no similarity to the present earth and heaven” (The Bible Knowledge Commentary: An Exposition of the Scriptures, Rev. 20:11).