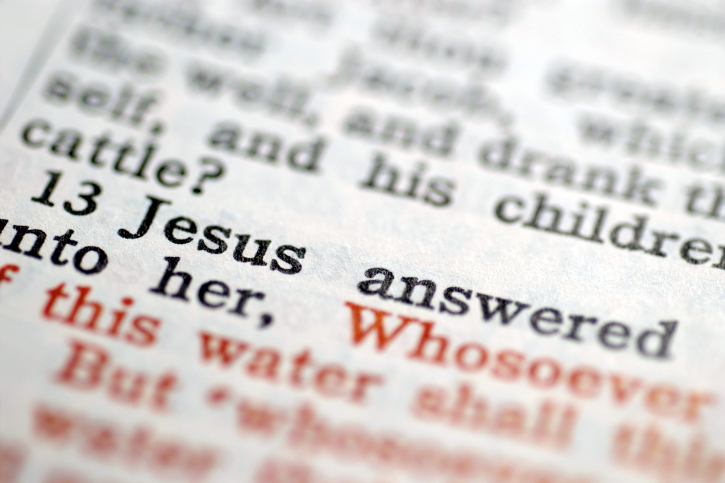 Previously: The inerrancy of Scripture

This is the third in a series of columns on the inspiration, inerrancy, infallibility, and sufficiency of Scripture.

When Christians say the Bible is true, we often use terms to describe the manner in which God has spoken to us through His written Word.

One such term is “infallible.” But what does that mean?

By infallibility, we mean the original manuscripts are incapable of error. This is because the Bible is inspired, or God-breathed, resulting in “autographs” that are inerrant and infallible.

If the Holy Spirit is the author of Scripture, and His breathed-out words are exactly what He wanted to communicate to us, then we can rightly say these autographs are incapable of error because God is wholly dependable. He does not lie, make mistakes, or lead us astray.

The evangelical leaders who produced the 1978 Chicago Statement on Biblical Inerrancy put it this way:

The leaders further state, “We affirm that Scripture, having been given by divine inspiration, is infallible, so that, far from misleading us, it is true and reliable in all the matters it addresses.”

Infallibility may be distinguished from inerrancy but not separated from it.

Inerrancy essentially refers to the original manuscripts, while infallibility leans heavily on the character of their divine author.

If the autographs of Scripture contain errors, then the Holy Spirit either does not know all things or is not capable of ensuring that His breathed-out Word is recorded accurately.

Infallibility assures us that the God who reveals Himself in creation, conscience, Christ, and the canon of Scripture is perfect in all His ways.

Some critics argue that biblical infallibility is limited to spiritual, religious, or redemptive themes in the Bible, but not to matters of science and history. In other words, the human beings who recorded God’s revelation were neither scientists nor historians.

Therefore, it is argued, their primitive depictions of such events as creation, their acquiescence to the miraculous, and their inability to produce verbatim records of verbal exchanges mean they got some of the details wrong. But, the critics concede, God ensured they got the important stuff right.

This argument fails for at least two reasons. First, if God is indeed the one who breathed out Scripture, as 2 Tim. 3:16 claims, He is well aware of how He created the universe, performed the miraculous, and worked through human history.

God is neither forgetful nor sloppy and thus is able to ensure an accurate rendering of His work in time and space, despite revealing these truths through sinful and primitive human beings who lacked modern scientific methods and access to Instagram.

Second, to argue for partial infallibility means the scientific and historical elements of the Bible are less important. But in fact, all Scripture is God-breathed and is profitable for teaching, rebuking, correcting, and training in righteousness (2 Tim. 3:16-17).

Further, we understand that history, archaeology, philosophy, and other disciplines help confirm the reality of God’s work in human history – particularly with respect to Jesus of Nazareth, a real, historical figure who lived, taught, performed miracles, died, and rose from the dead.

If God cannot be trusted with science and history, how can we be sure He got the spiritual elements of the Bible correct?

One other point should be made here. The same Holy Spirit who inspired Scripture continues to bear witness of its truth in the hearts of Christ’s followers. Just as the Spirit confirms that we are God’s children (Rom. 8:16), He also helps us know His Word is true.

Charles Hodge summarizes in Systematic Theology, “The common doctrine of the Church is, and ever has been, that inspiration was an influence of the Holy Spirit on the minds of certain select men, which rendered them the organs of God for the infallible communication of His mind and will. They were in such a sense the organs of God, and what they said God said.”

Next: The sufficiency of Scripture