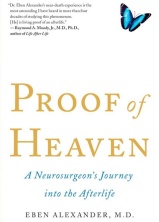 Christian apologetics is more than being ready to give an answer to anyone who asks a reason for the hope in us (1 Peter 3:15). Sometimes it means asking tough questions of those who deny — or sincerely misunderstand — the Christian faith.

A case in point is Eben Alexander, a celebrated neurosurgeon who recently granted an interview with FoxNews.com’s online magazine. Alexander knows a great deal about the human brain, and for years he used that knowledge to refute claims by those who said they visited heaven during near-death experiences (NDEs).

He believed NDEs were fantasies the brain produced under extreme duress. But as the magazine interview reveals, all that changed when Alexander had his own near-death experience, which he outlines in his book, “Proof of Heaven.”

In 2008, Alexander contracted bacterial meningitis of the brain and spent a week in a deep coma.  What he experienced during that time was beyond scientific explanation, he says. After his complete and miraculous recovery, Alexander applied his considerable scientific knowledge to his NDE and found proof of the afterlife.

His conclusions about life after death provide scientific support to the biblical teaching on the everlasting nature of the human soul. But it would be a mistake to conclude that the doctor’s theological statements are biblically sound.

For example, let’s take a closer look at his response to a question from reporter Jaimie La Bella: “Have you become more religious after this experience?”

Alexander replies: “I’ve come to know absolutely the existence of an all-loving and powerful God — that our souls are eternal. I go to church all the time, but I have also come to realize strongly that there is no one right religion. All aspects of religion have everything to do with the rich, deep, eternal reality. Anything about religion that says they are the only one is just doomed dysfunctional human thinking. It’s all about showing compassion and forgiveness in our lives and giving our faith and belief to the source of all creation.”

Here’s where questions of the good doctor may prove helpful to the Christian apologist.

1. “Dr. Alexander, if there is no one right religion, is there any wrong religion?” Alexander implies in this interview, and states in his book, that any religion making exclusive truth claims (think Christianity) is wrong.

2. “Where do you ‘go to church all the time?'” In “Proof of Heaven,” he admits to being little more than a Christmas-and-Easter Episcopalian prior to his NDE. After the experience, he only mentions his church occasionally. He either doesn’t know what it teaches, or the church has distanced itself from its historic biblical foundations.

3. “How you define the ‘all-loving and powerful God,’ whom you also call ‘the source of all creation?’” If he thinks about it, Alexander will be forced to define God in a way that offends true believers of many faiths, something he is trying to avoid. In his book, he never defines “God” scripturally, opting to use the pronoun “Om” for God because that is “the sound I remembered hearing associated with that omniscient, omnipotent, and unconditionally loving God.”

4. “If ‘all aspects of religion have everything to do with the rich, deep, eternal reality,’ then how do you reconcile the Christian reality of one God with the Hindu concept of multiple gods, or the Mormon reality of eternal existence for the wicked with the Jehovah’s Witness doctrine of annihilation?”

5. “Since so many religious doctrines are in direct and irreconcilable contradiction, how can they all possibly help us understand true reality?” Alexander would argue that we have to let all contradictions go and simply embrace an ambiguous “God” who repeatedly tells him, “There is nothing you can do wrong.”

6. “You had a positive near-death experience. Do you believe it’s possible to have a negative NDE? And if so, under what circumstances?” After his NDE, he studied the subject exhaustively and acknowledges negative NDEs but does not attempt to explain them.

7. “Are you contradicting yourself when you say all religions are true but then say religions that make exclusive truth claims are the product of ‘doomed dysfunctional human thinking?'”

These questions give us an example of how to ask respectfully probing questions of those who hold views in opposition to Christianity — especially when they may not intend to do so.

What the doctor evidently believes based on his near-death experience and subsequent book is what’s known as syncretism, or the melding of many contradictory beliefs into one. The fruit of syncretism is the politically correct view that there are many paths to God – whoever he/she/it is – and each of them is equally valid.

This does not discount Alexander’s enormous intellect, his contributions to the scientific study of the afterlife, or his boldness in reversing preconceived notions about NDEs. For this “proof of heaven” he is to be applauded.

His comments, however, remind us that we are to “test all things” and “hold on to what is good” (1 Thess. 5:21). Our experiences only take us so far, and as fallible human beings we can be deceived. Even the apostle Paul, a learned Pharisee, was entrusted to godly men after his dramatic experience on the road to Damascus.

This column first appeared Jan. 29, 2013, in The Pathway, the news journal of the Missouri Baptist Convention.